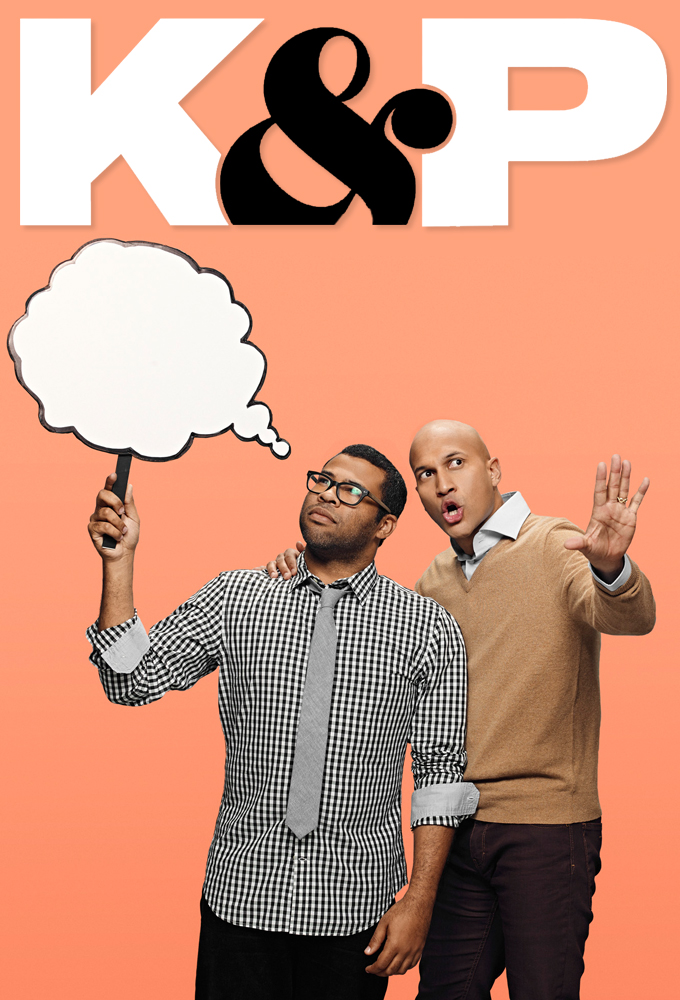 (2012)
Originaltitel: Key and Peele
Skapad av: Keegan Michael Key / Jordan Peele
Release: 2012-01-31
TV-bolag: Comedy Central
Längd per avsnitt: 30 min min
Status: AVSLUTAD
Keegan-Michael Key and Jordan Peele present Key & Peele, an original sketch-comedy show coming to Comedy Central in 2012. In this new series these fresh, relevant comedic actor-writers, used to being on the outside looking in, will examine life in a provocative and irreverent way, through a combination of filmed sketches and live stage segments. Whether its satirizing the President, spoofing Nazis, or ordering up some soul food, Key & Peele will showcase their chemistry, camaraderie... (TheTVDB)
Komedi

2
Black Hawk Up 2012-02-07
Black Hawk Up
2012-02-07
Obama wins a rap battle, a doctor and a patients son trade Yo Momma jokes, a dangerous ride for a substitute helicopter traffic reporter, two women are never happy with their photos and a play about civil-rights leaders gets out of hand.

5
Gay Marriage Legalized 2012-02-28
Gay Marriage...
2012-02-28
A man mistakes a zombie bite as a raccoon bite, old men fight for their right to tell young people what to do, a passenger tests if his driver is listening, Jaden Smith has problems understanding his new script and President Obama tries out reverse psychology on the Republicans.

6
Flash Mob 2012-03-06
Flash Mob
2012-03-06
A racially tense flash mob, a feud between co-workers that gets out of hand, a DJ having issues finding music that is old-school enough and one fighter goes overboard with the smack talk during a MMA promo.

7
Bobby McFerrin vs. Michael Winslow 2012-03-13
Bobby McFerrin vs....
2012-03-13
An awkward dap farewell, two customers compete to order the most authentic soul food, two female friends argue about how to treat a puppy, the Tea Party selects their new spokesman and the ARMY sends recruiters to a new location.

8
Season Finale 2012-03-20
Season Finale
2012-03-20
The President wants everyone to treat him and his daughter like regular people, the truth about a neighborhood is revealed during an apartment tour, a gangster shooting that may or may not be funny, and a look at Forest Whitakers babysitter.