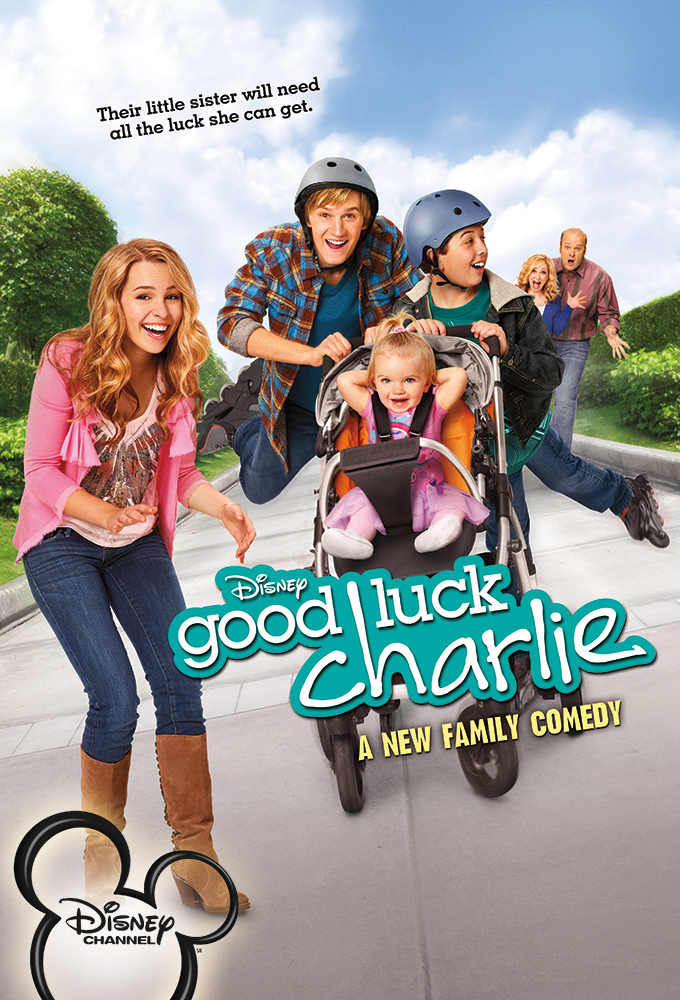 2
Baby Come Back 2010-04-11
Baby Come Back
2010-04-11
Its been a while since Amy and Bob have been on a date, so Teddy encourages them to go to dinner while the kids babysit Charlie. When PJ takes Charlie to the park, he accidentally swaps strollers and babies with a cute girl, Emma.

3
The Curious Case of Mr.Dabney 2010-04-18
The Curious Case of...
2010-04-18
Gabe and PJ mistakenly believe something fishy is going on with their neighbor, Mrs. Dabney, so they investigate. Meanwhile, Teddy is annoyed that her best friend Ivy has become texting buddies with Amy.

4
Double Whammy 2010-04-25
Double Whammy
2010-04-25
Amy reveals that she was Wammy the Ram, the mascot of Teddys high school, and pressures her into trying out for the role too. Teddy tries to blow the audition but gets the role anyway, just in time for the big rivalry game. Meanwhile, PJ challenges his best friend Emmett to baby-race his nephew...

5
Dance Off 2010-05-02
Dance Off
2010-05-02
A backwards dance is approaching at Teddys school. Teddy asks Spencer out for the big night and Ivy asks out Emmet. Teddy tries to get her first kiss from Spencer, but hes busy hanging out with Emmet. Meanwhile, Gabe tries to get his parents to argue at Open House because he has been lying to his...

11
Boys Meet Girls 2010-06-27
Boys Meet Girls
2010-06-27
P.J.s romance with Madison wreaks havoc on his friendship with Emmett as well as Bob and Amy marriage. Teddy agrees to help Gabe make peace with a bully at school.

12
Kit and Kaboodle 2010-07-11
Kit and Kaboodle
2010-07-11
Gabe gets his first crush on a girl named Kit, he then lies to her so they can have something in common. Meanwhile, Mrs. Dabney asks Teddy to catsit her cat Kaboodle and Teddy thinks the cat is sick because she just lying around. PJ uses Charlie to make more money on deliveries by saying he is...

13
Teddy's Little Helper 2010-08-01
Teddy's Little...
2010-08-01
Teddy tries warming up to her English teacher by having Charlie take part in her oral presentation on the book Animal Farm. Meanwhile, Gabe and his basketball team fire Bob as their coach and hire Amy instead, after winning their first game under her guidance. Also, PJ begins to spend way too much...

16
Duncan's Got Talent 2010-09-12
Duncan's Got Talent
2010-09-12
Spencer decides to help Teddy with her dance routine for the school talent show, but when he realizes she is terrible he fakes an injury to get out of it. Meanwhile, Jo convinces Gabe that she will help him win the class president election but instead she purposely sabotages him and runs for...

17
Kwikki Chick 2010-09-19
Kwikki Chick
2010-09-19
Teddy needs money for a new cell phone and gets a job as the neighborhood dog walker, but the job is less than glamorous. After walking in PJs job Kwikki Chikki, PJ gets jealous when his boss gives Teddy a job as the Kwikki Chikki spokesmodel. Teddy then comes up with a plan to get herself fired in...

18
Charlie in Charge 2010-10-17
Charlie in Charge
2010-10-17
Gabe is left in charge of Charlie while doing a school assignment with Jo. Meanwhile, Teddy accompanies a scared PJ to the dentist and Bob surprises Amy with a spa getaway.

20
Girl Bites Dog 2010-11-14
Girl Bites Dog
2010-11-14
Charlie bites Teddys boyfriend, Spencer. Teddy then discovers that he has another girlfriend, Skylar (Samantha Boscarino) when she tries to smooth things out at Spencers job. Skylar also finds out and she and Teddy dump Spencer. Meanwhile, Gabe treats PJ like a personal chauffeur because he lent PJ...

21
Teddy's Broken Heart Club Band 2010-11-21
Teddy's Broken...
2010-11-21
Teddy starts a rock band with Skylar and wrote a mean song about Spencer. Meanwhile, Gabe and PJ are tired of sharing the same room, so Gabe sleeps in an extra room in Mrs. Dabneys house. Amy uses the free day care at a gym to go to a spa down the street.

22
Teddy Rebounds 2010-11-28
Teddy Rebounds
2010-11-28
A new kid on the block named Austin (Nathan Gamble) who Gabe is forced to become friends with develops a crush on Teddy. She uses the crush to her advantage to make Spencer jealous, who has already gotten a new girlfriend. Meanwhile, Bob temporarily fills in as a member of PJs band after Charlie...
Regisserat av:

24
Snow Show (1) 2011-01-16
Snow Show (1)
2011-01-16
The Duncans go on a family road trip to a ski resort in the mountains. While on the ski trip, Teddy meets a psychic who tells her that she will meet her true love during the vacation. She meets two guys, and her ex-boyfriend, Spencer. What will happen next?