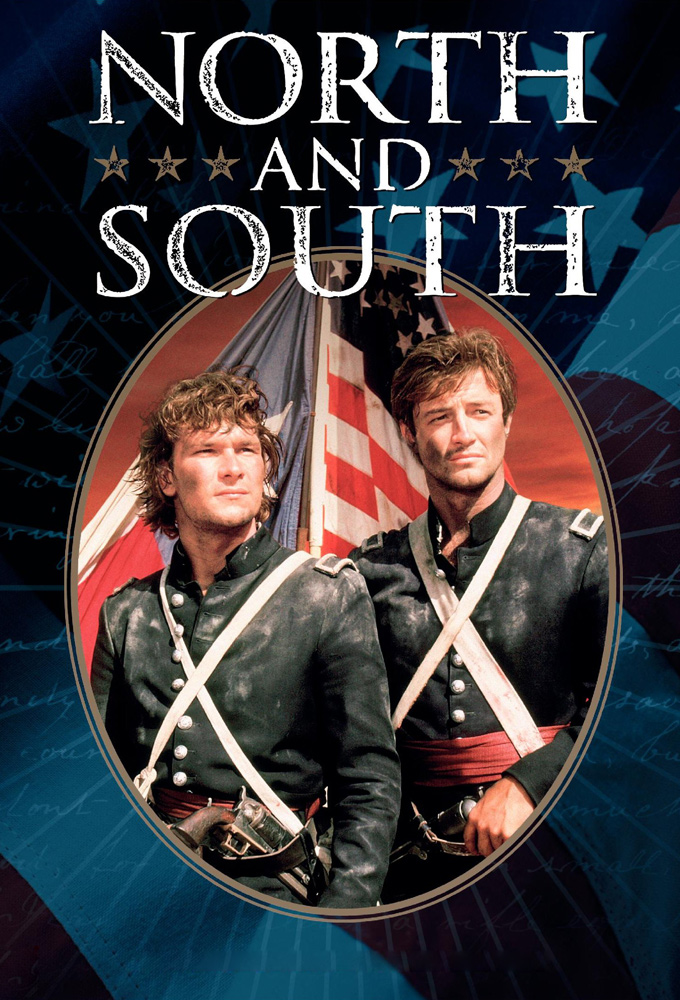 (1985)
Originaltitel: North and South
Release: 1985-11-03
TV-bolag: ABC
Längd per avsnitt: 85 min min
Status: AVSLUTAD
This saga chronicles a nation divided and two families,the Hazards of Pennsylvania and the Mains of South Carolina,caught on opposite sides when the Civil War erupts in May 1861. As war is raged on one battlefield after another, lives on the home front drastically change. The hatred, prejudice and greed that tear the fabric of a nation, also threatens the very foundation of love and friendship between these two families. (TheTVDB)
Drama Miniserie

3
Book 1: North and South - Episode 3 1985-11-06
Book 1: North and...
1985-11-06
(Spring 1848 - Summer 1854) George gets married to Constance and Orry is his best man. Orrys father dies and Orry inherits the family plantation. His first act is to fire the brutal Salem Jones as overseer. Jones vows revenge. Orrys cousin Charles, who doesnt have good relations with the Main...
Regisserat av:

4
Book 1: North and South - Episode 4 1985-11-07
Book 1: North and...
1985-11-07
(Summer 1854 - Autumn 1856) - The Hazards visit the Mains in South Carolina. Billy discovers how vain and wicked Ashton can be and falls in love with Ashtons younger sister Brett. Georges sister Virgilia helps one of the local slaves escape and gets into trouble. Orry and Madeline become secret...
Regisserat av:

5
Book 1: North and South - Episode 5 1985-11-09
Book 1: North and...
1985-11-09
(Spring 1857 - November 1860) - Madeline is drugged by Justin and disappears from society, even seeming to forget her love for Orry. Ashton marries James Huntoon, an ambitious but easily-manipulated South Carolina politician. Orry visits George, but they have a serious argument over the issue of...
Regisserat av: