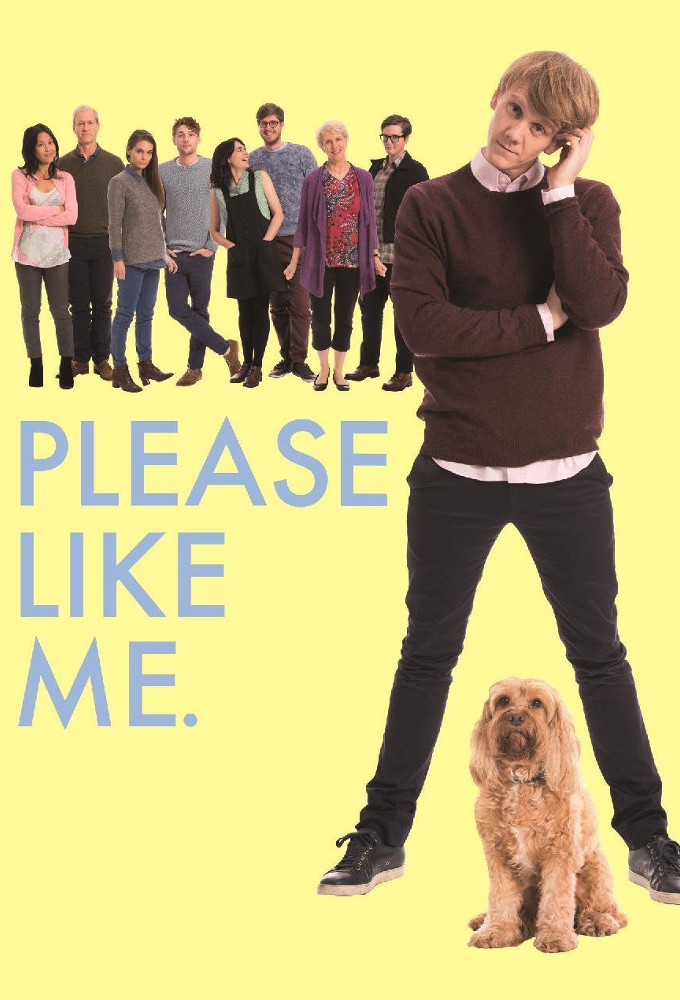 (2013)
Originaltitel: Please Like Me
Release: 2013-02-28
TV-bolag: ABC2
Längd per avsnitt: 30 min min
Status: AVSLUTAD
Based on the award-winning comedy of Josh Thomas, the six-part series Please Like Me is about cavoodles, custard tarts, boyfriends and girlfriends. Mostly, though, its about growing up quickly and realising that your parents are not heroes, but big dopes with no idea what’s going on – just like you. (TheTVDB)
Komedi Drama

2
French Toast 2013-02-28
French Toast
2013-02-28
Joshs dad, Alan, is so convinced that hes responsible for his ex-wife’s predicament that he insists on dropping his younger girlfriend Mae at the corner store before visiting Josh at the family home, in case he upsets Rose.
Regisserat av:

5
Spanish Eggs 2013-03-21
Spanish Eggs
2013-03-21
Rose confronts Alan about his younger girlfriend, Mae - which sparks a heated argument. Geoffrey surprises Josh with tickets for the footy. Josh tries to be polite and involved, but its clear that he is out of his depth.
Regisserat av: