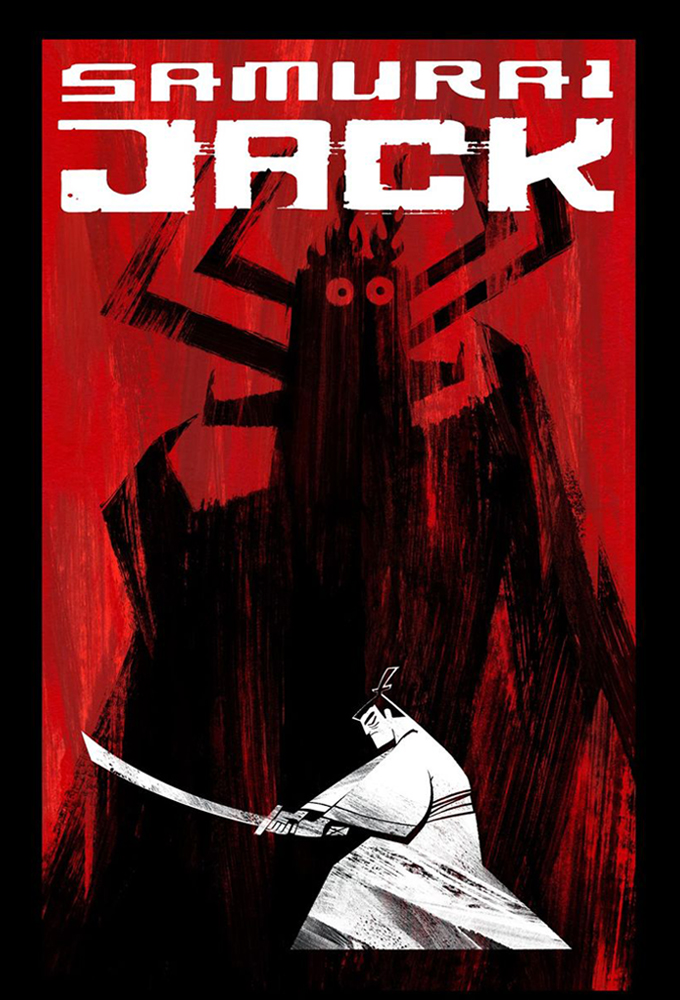 (2001)
Originaltitel: Samurai Jack
Skapad av: Genndy Tartakovsky
Release: 2001-08-01
TV-bolag: Cartoon Network
Längd per avsnitt: 30 min min
Status: AVSLUTAD
This cartoon from Dexters Labratory creator Genndy Tartakovsky tells the story of a great warrior displaced to the distant future by the evil shape-shifting wizard Aku. The world has become a bleak place under the rule of Aku, segregated into fantastic tribes and ruled by Akus evil robot warlords. Jack travels this foreign landscape in search of a time portal that can return him to his home time so he can undo the future that is Aku!. (TheTVDB)
Action Animerat Barn

1
2
3
4
SÄSONG 1

1
The Beginning 2001-08-10
The Beginning
2001-08-10
Aku, the shape-shifting master of evil, devastates a young boys land, forcing him to travel around the world to train as a samurai. When Samurai Jack returns to free his people, he is instead flung into the far future, where he must quest to undo the future that is Aku.
Regisserat av:

2
The Samurai Called Jack 2001-08-10
The Samurai Called...
2001-08-10
Jack befriends some talking archeologist dogs and learns of his location: In the future shaped by years of Akus evil reign. He vows to help the dogs gain their freedom from a life of enslaved jewel mining.
Regisserat av:

3
The First Fight 2001-08-10
The First Fight
2001-08-10
Aku learns of Jacks arrival in the future, and of the help he is giving the dogs. He sends a huge army of insect drones to destroy Jack and the dogs alike. Jack has been busy preparing many traps for them however, and when they arrive the battle begins in earnest.
Regisserat av:

5
Jack in Space 2001-08-27
Jack in Space
2001-08-27
Samurai Jack befriends a future community building a spaceship to escape Akus tyrannic rule. Jack agrees to assist in their escape by fighting off the blockade orbiting the planet in return for a trip through time back home.
Regisserat av:

6
Jack and the Warrior Woman 2001-11-19
Jack and the...
2001-11-19
Jack searches for the the magical jewel the Woolies told him would be able to send him back in time. Locating the last survivor of the race who can reveal its location, Jack learns of how to find the jewel, and meets up with a woman questing for the same jewel. They journey through the desert...
Regisserat av:

10
Jack and the Lava Monster 2001-11-05
Jack and the Lava...
2001-11-05
Called on by a mysterious voice, Jack overcomes many obstacles and booby traps to find who is calling him. Deep in the earth he finds it is a creature made from rock and lava, who immediately challenges Jack to a fight, but why did it call for Jack?
Regisserat av:

12
Jack and the Gangsters 2001-11-26
Jack and the...
2001-11-26
Jack joins a group of gangsters who work for Aku. He also agrees to help steal the heavily protected crystal that can give Aku power over the whole planet. Fortunately Jack has not become a traitor, but has his own plans of how to hand over the swag.
Regisserat av:

13
Aku's Fairy Tales 2001-12-03
Aku's Fairy Tales
2001-12-03
The tales of Jacks adventures have spread far and wide, and children are having fun acting out the stories. Aku, in an attempt to keep the children in line, decides to spread a few stories of his own.
Regisserat av: