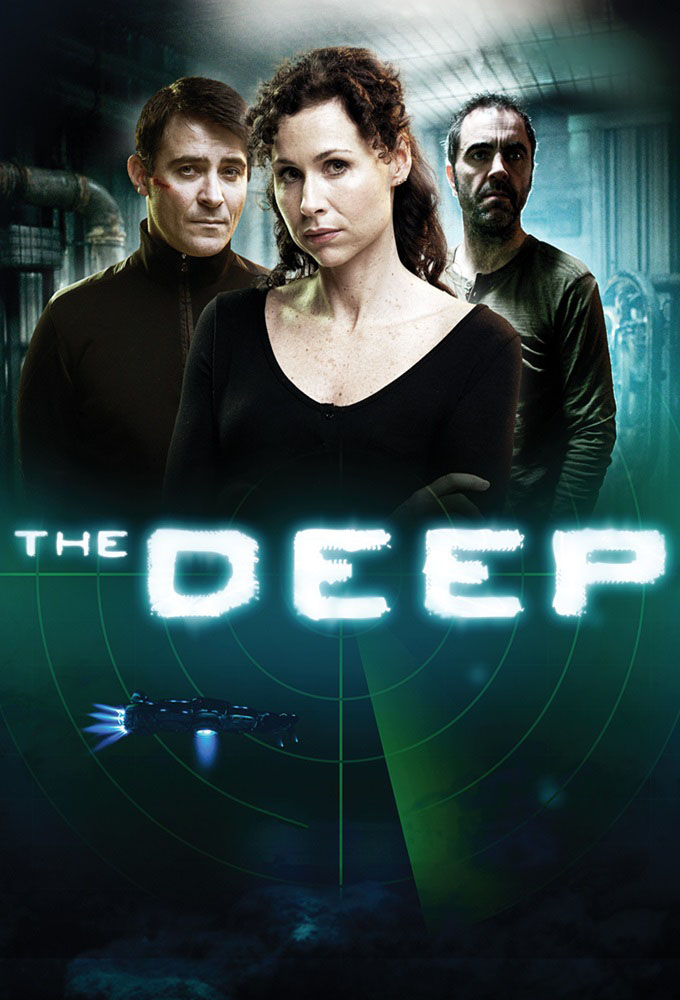 (2010)
Originaltitel: The Deep
Release: 2010-08-03
TV-bolag: BBC One
Längd per avsnitt: 60 min min
Status: AVSLUTAD
As the worlds energy supplies dwindle, the Orpheus, a research submarine, delves into the deep of the Arctic Ocean searching for rare micro-organisms, but the crew soon find themselves in peril. (TheTVDB)
Drama Mysterium Science-Fiction

1
SÄSONG 1

1
To the Furthest Place 2010-08-03
To the Furthest...
2010-08-03
The Orpheus team of scientists are on a mission to find a renewable source of energy in the depths of the Arctic Ocean. The last team who went died in mysterious circumstances, so the Orpheus crew are already feeling nervous when a salvage inspector unexpectedly joins their mission. What does he...
Regisserat av:

2
Into the Belly of the Beast 2010-08-10
Into the Belly of...
2010-08-10
The scientific crew on the Orpheus submarine runs into severe danger in their quest to find rare micro-organisms. One crew member has died, the Orpheus has been intercepted and two of the crew are trapped and running out of air. They have to escape, but can they risk boarding the mysterious vessel...
Regisserat av:

3
Ghosts of the Deep 2010-08-17
Ghosts of the Deep
2010-08-17
The Orpheus crews quest for renewable energy has led them into danger. Theyre trapped on Volos, a Russian submarine, and its nuclear reactor is dangerously overheating. Whoever shuts it down will be exposed to lethal radiation. Who will draw the short straw? Meanwhile Clem is determined to find out...
Regisserat av:

4
Everything Put Together Falls Apart 2010-08-24
Everything Put...
2010-08-24
The Orpheus is mended, and the captain wants the crew to find more of the rare bio-fuel samples before they return to the surface. The Russian captain has other ideas, however, and instructs his men to kill the crew. In their struggle to escape, some are left behind; will they be able to complete...
Regisserat av:

5
The Last Breath 2010-08-31
The Last Breath
2010-08-31
The Orpheus crew have found rare bio fuels in the ocean depths, but they must find a way of getting it to the surface safely. With the Russian captain of the Volos submarine determined to stop them, will they manage to stabilise the energy source and make it back to the surface?
Regisserat av: