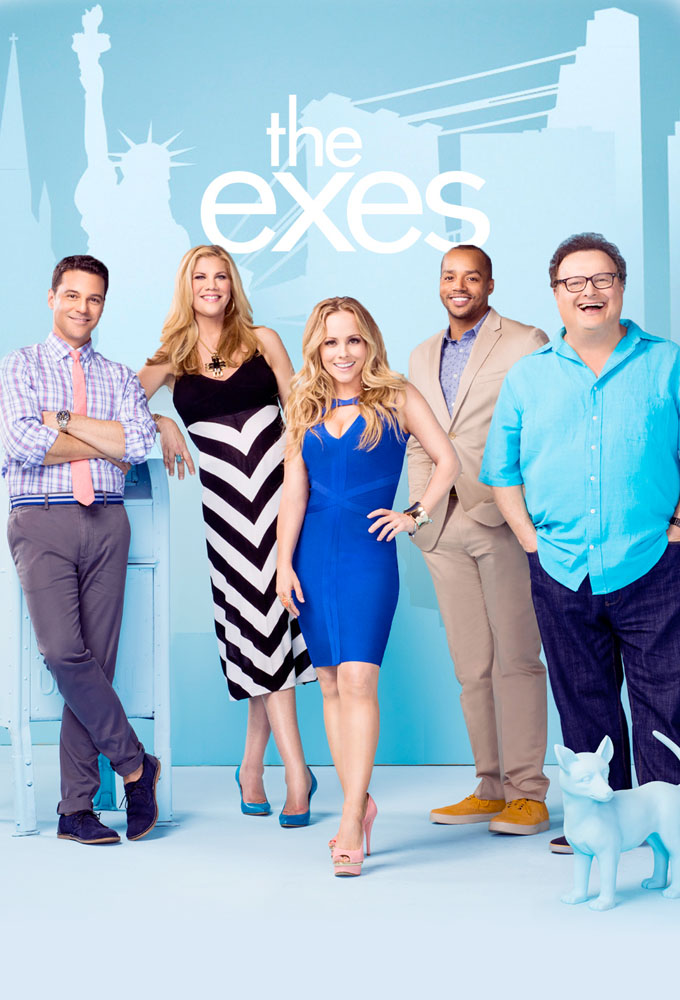 (2011)
Originaltitel: The Exes
Skapad av: Mark Reisman
Release: 2011-11-30
TV-bolag: TV Land
Längd per avsnitt: 30 min min
Status: AVSLUTAD
An all new comedy about three divorced men sharing an apartment across the hall from their female divorce attorney, who is also their landlord. The never been married Holly (Johnston) introduces her newest single client Stuart (Basche) to his new roommates -- ladies man Phil (Faison) and the sardonic homebody, Haskell (Knight). Things get off to a shaky start for Phil and Haskell when they begin to have reservations about living with clingy Stuart, but Holly is right across the hall... (TheTVDB)
Komedi

2
A Little Romance 2011-12-07
A Little Romance
2011-12-07
Phil uses Hollys assistant to help him land a star jockey as a client, but hes got his eyes on a bigger prize. Haskell talks Stuart into selling sentimental mementos from his marriage but Stuart has trouble letting go.
Regisserat av:

3
Working Girl 2011-12-14
Working Girl
2011-12-14
Holly, determined to find Stuart a date, introduces him to a woman who turns out to be a true professional. Haskell invents a fabulous online lifestyle for himself in order to one-up his ex-wife.
Regisserat av:

4
Lutz and the Real Girl 2011-12-21
Lutz and the Real...
2011-12-21
Haskell panics when his online girlfriend surprises him with a visit, because he used Phils picture as his own. Holly discovers a homeless man in the laundry room and learns appearances can be very deceiving.
Regisserat av:

5
An Inconvenient Tooth 2011-12-28
An Inconvenient...
2011-12-28
Phil is reluctant to have Stuart fix his tooth, due to his fear of dentists. He finally visits Stuarts office, then sleeps with Stuarts long-time dental assistant, Deanna. Eden borrows Hollys clothes to go clubbing.
Regisserat av:

6
A Very Wrong Engagement 2012-01-04
A Very Wrong...
2012-01-04
Hollys mother, Marjorie (Judith Light) visits, with Holly having yet to tell her that she is no longer engaged. So in an attempt to delay telling her mother the truth, Holly moves back into the apartment she shared with her ex, while the boys stay at her place.
Regisserat av:

7
Lost in Translation 2012-01-11
Lost in Translation
2012-01-11
Phil dates Tatiana, a Serbian lingerie model who can only speak her native language. Phil asks Stuart to be her translator, until she becomes attracted to Stuart as well. Holly keeps making a fool of herself in front of a guy she likes. Haskell buys something very strange.
Regisserat av:

9
When Holly Broke Kevin 2012-01-25
When Holly Broke...
2012-01-25
Holly begins dating basketball player Kevin Tyler (Amare Stoudemire), one of Phils clients. Until their sexual encounters interferes with Kevins performance on the court. Haskell and Stuart get into sports betting.
Regisserat av: