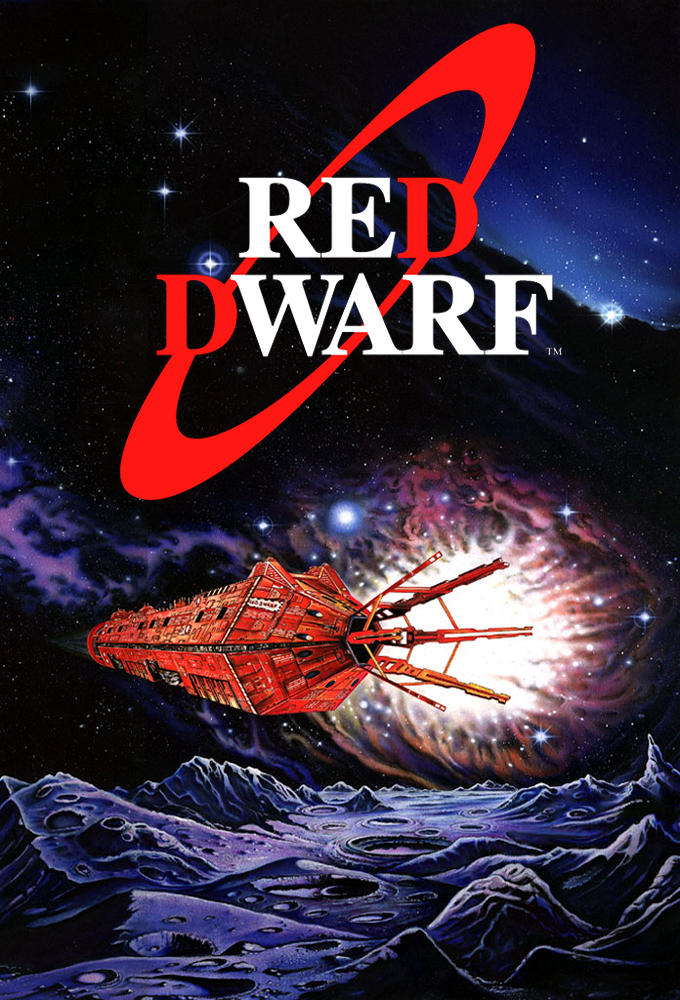 2
Future Echoes 1988-02-22
Future Echoes
1988-02-22
Attempting to return to Earth at light speed, the crew experience a bizarre series of flash-forwards to future events. Some are as benign as the Cat breaking his tooth on a robot goldfish, others as disturbing as Lister’s death while performing emergency repairs. Troubled by thoughts of his...
Regisserat av:

3
Balance of Power 1988-02-29
Balance of Power
1988-02-29
Listers dream of dating former colleague Kristine Kochanski runs into a big problem: the ship can only revive one hologram at a time - and right now its Rimmer. Lister knows that his one-time superior will never agree to a brief swap, Rimmer knowing that, with a feisty girl in his place, hell never...
Regisserat av:

4
Waiting for God 1988-03-07
Waiting for God
1988-03-07
Given a copy of the Cat Bible, passed down through generations while the species evolved, Lister makes an incredible discovery: in his absence, he became a god. Dubbed Cloister The Stupid by the Cat people, his dream of opening a hot-dog and donut diner in Fiji has given rise to an entire religion....
Regisserat av:

5
Confidence & Paranoia 1988-03-14
Confidence &...
1988-03-14
A mutated form of pneumonia turns Listers dreams into reality, raining herring upon the crew and summoning the sixteenth century Mayor of Warsaw who promptly explodes. The fever subsides, but not before inviting two unlikely guests to Red Dwarf: personifications of Listers conflicted personality....
Regisserat av:

6
Me² 1988-03-21
Me²
1988-03-21
Listers attempt to activate a second hologram - his dream date Kristine Kochanski - goes horribly wrong and creates Rimmers ideal companion instead: himself. Moving into their own shared quarters, the two Rimmers quickly drive both the crew and each other mad, the city-sized Red Dwarf proving too...
Regisserat av: