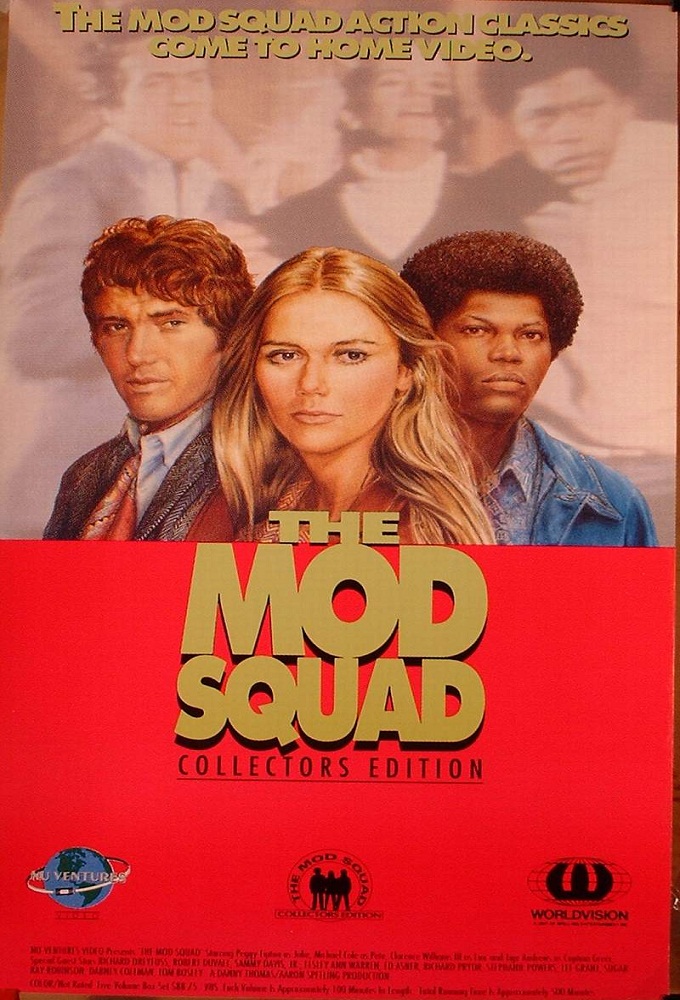 (1968)
Originaltitel: The Mod Squad
Skapad av: Buddy Ruskin
Release: 1968-09-01
TV-bolag: ABC
Längd per avsnitt: 60 min min
Status: AVSLUTAD
They were three hipper-than-hip undercover cops with a touch of menace and plenty of attitude. They walked the walk and talked the talk--and an entire generation stepped into line. Julie, Linc and Pete--Peggy Lipton, Clarence Williams III and Michael Cole, respectively--changed the television landscape. Now, take a journey back to the turbulent 60s and relive the phenomenon known as The Mod Squad, a bold TV series that redefined fashion, from hairstyles to language. Solid. One... (TheTVDB)
Action Äventyr

11
Twinkle, Twinkle, Little Starlet 1968-12-17
Twinkle, Twinkle,...
1968-12-17
This episode is one of the creepiest Mod Squad shows! The trio is planted in an acting community to find out who is killing the young starlet wannabes. Julie is staying at the same small apartment house where all the starlets are. Mrs. Petree who runs the place, and her very creepy son Norman (ugh...
Regisserat av:

18
A Hint of Darkness, A Hint of Light 1969-02-11
A Hint of Darkness,...
1969-02-11
Blind author Jenny Wills is viciously attacked on the beach by an unknown assailant, who makes repeated attempts on her life. Unbeknowst to her, he thinks she saw him commit a crime.
Regisserat av: