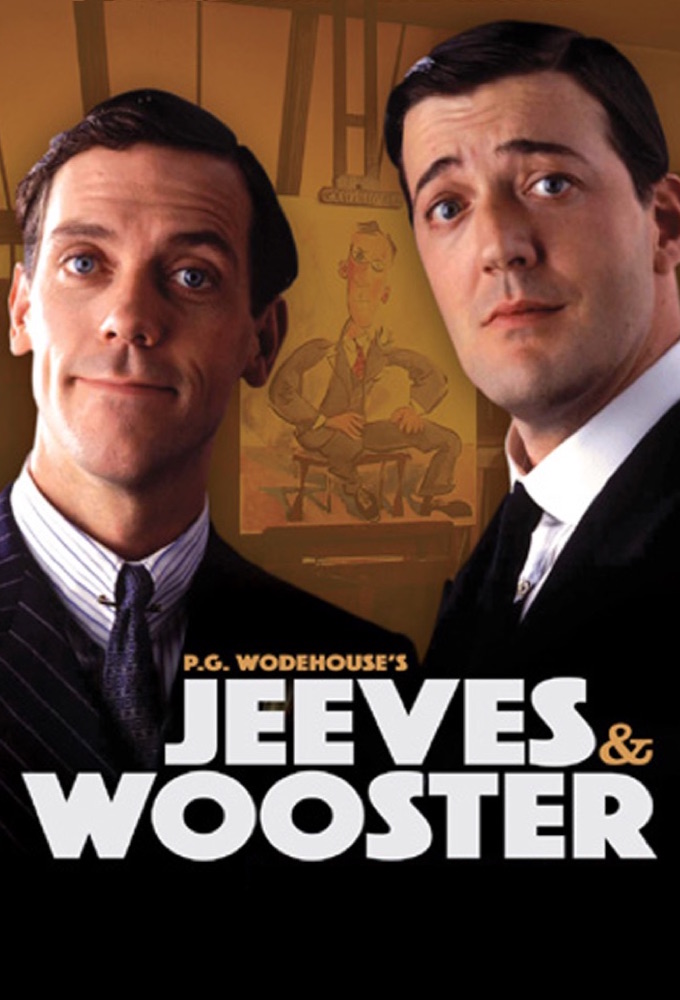 (1990)
Originaltitel: Jeeves and Wooster
Release: 1990-04-22
TV-bolag: ITV1
Längd per avsnitt: 55 min min
Status: AVSLUTAD
Bertram Wooster, a well-intentioned, wealthy layabout, has a habit of getting himself into trouble and its up to his brilliant valet, Jeeves, to get him out. (TheTVDB)
Komedi

1
2
3
4
SÄSONG 1

1
Jeeves Takes Charge 1990-04-22
Jeeves Takes Charge
1990-04-22
Aunt Agatha wants Bertie to marry Honoria Glossop so that she will mold his character and infuse much needed strong blood in the Wooster line. But old chum Bingo Little is in love with her, so Bertie hatches a scheme to set things straight. Luckily, Jeeves has arrived to save Bertie from his own...
Regisserat av:

2
Tuppy and the Terrier 1990-04-29
Tuppy and the...
1990-04-29
After a round of golf with Barmy Fotheringay-Phipps, Bertie find trouble in the form of Bobbie Wickham, first involving hot-water bottle piercing, then by giving away Aunt Agathas dog to a broadway producer. Meanwhile Tuppys become infatuated with an Opera singer and Jeeves hatches a plan involving...
Regisserat av:

3
The Purity of the Turf 1990-05-06
The Purity of the...
1990-05-06
Uncle George has become engaged to a young waitress and Aunt Agatha wants Bertie to offer her a hundred pounds to end the scandalous engagement, but Jeeves has other plans. Then its off to Twing Hall where Lady Wickhammersley has banned gambling due to an unfortunately incident in which Lord...
Regisserat av:

4
The Hunger Strike (1) 1990-05-13
The Hunger Strike...
1990-05-13
Part 1 of 2. Brought to Brinkley Court by Aunt Dahlia to give prizes at the Market Snodsbury Grammar School, Bertie comes up with a scheme to both help Gussie Fink-Nottles new romance with Madeline Basset as well as get himself out of the prize-giving.
Regisserat av:

5
Brinkley Manor (2) 1990-05-20
Brinkley Manor (2)
1990-05-20
Part 2 of 2. To get Gussie to propose to Madeline Jeeves slips a little something into his orange juice before he presents prizes at the grammar school. Unfortunately, so does Bertie. Things go downhill from there when Bertie rings the fire bell.
Regisserat av: