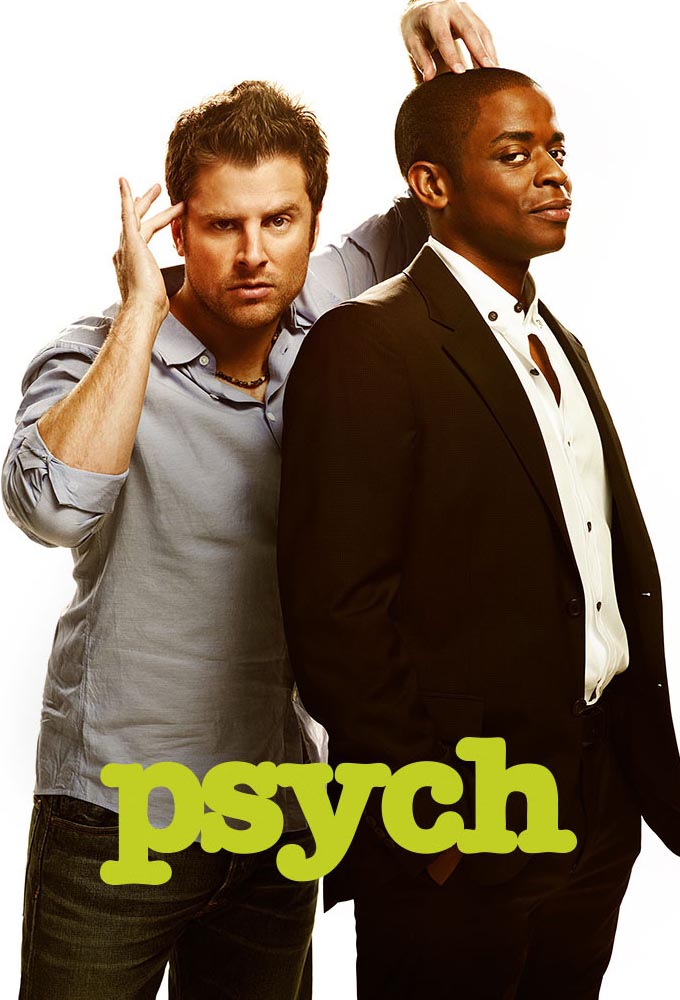 SPECIAL
1
2
3
4
5
6
7
8
SÄSONG 1

1
Pilot 2006-07-07
Pilot
2006-07-07
When Shawn Spencer is arrested for calling in an accurate tip to the police because only the perpetrator would know the details, his only way out is pretending to be a psychic. It turns out Santa Barbara PD isnt done with him. They ask him to consult on a kidnapping case, and a business is born.
Regisserat av:

2
Spellingg Bee 2006-07-14
Spellingg Bee
2006-07-14
When what begins as a little competitive sabotage in a regional spelling bee quickly escalates to murder. Shawn and Gus must investigate the mysterious death of the Spellmaster at the regional Spelling Bee.
Regisserat av:

3
Speak Now or Forever Hold Your Piece 2006-07-21
Speak Now or...
2006-07-21
Shawn and Gus become wedding crashers at a posh ceremony in order to retrieve a stolen antique engagement ring inexplicably taken from an inpenetrable vault under surveillance. And theft turns to murder when things start to come unraveled.
Regisserat av:

4
Woman Seeking Dead Husband - Smokers... 2006-07-28
Woman Seeking Dead...
2006-07-28
Shawn and Gus land their first non-SBPD case when a widow hires them to find some cash that her husband stole from a bank. Shawn is asked to talk to a spirit and help the widow of the thief.
Regisserat av:

5
9 Lives 2006-08-04
9 Lives
2006-08-04
Shawn claims a psychic connection with a cat so he can continue his investigation into a what he believes is a murder, but that the police have labeled a suicide, and the link he finds to a hotline may involve one of SBPDs own officers.
Regisserat av:

6
Weekend Warriors 2006-08-11
Weekend Warriors
2006-08-11
Shawn and Gus attend a Civil War reenactment rehearsal for the sheer pleasure of watching Lassiter have a nervous breakdown as he runs it, but when a scripted death turns real they end up donning uniforms themselves in order to find the murderer and perhaps prevent another.
Regisserat av:

7
Who Ya Gonna Call? 2006-08-18
Who Ya Gonna Call?
2006-08-18
Shawn reluctantly settles for a private client who claims a ghost has it in for him after Lassiter kicks Gus and him off the much more interesting case of a murdered psychologist, but the two investigations seem to be running parallel and Shawn may still end up solving the polices case.
Regisserat av:

8
Shawn vs. The Red Phantom 2006-08-25
Shawn vs. The Red...
2006-08-25
Gus is ecstatic when it turns out the only real clue in his and Shawns missing-person case is TriCon, the comic book and science fiction convention currently running in Santa Barbara. As bodies start turning up, they must balance their newly-scammed and increasingly onerous duties as George Takeis...
Regisserat av:

9
Forget Me Not 2007-01-19
Forget Me Not
2007-01-19
Henrys old captain believes hes solved a murder, but his Alzheimers has caused him to forget the most important details: the crime, and who committed it. Henry calls in Shawn and Gus who find themselves investigating a murder that happened decades ago and only the faulty memory of the retired...
Regisserat av:

10
From the Earth to Starbucks 2007-01-26
From the Earth to...
2007-01-26
When Lassiter doubts his own crime-solving ability, Shawn tries to boost his confidence by helping him solve an astronomers mysterious death.
Regisserat av:

11
He Loves Me, He Loves Me Not, He Loves... 2007-02-02
He Loves Me, He...
2007-02-02
The duos latest case, a gag from Lassiter, turns from an alien abduction investigation to a murder case with the discovery of naked body. Between tanning salons, speed dating and Henry disagreeing with their prime suspects, its possible Lassiter will solve the case before Shawn and Gus can.
Regisserat av:

12
Cloudy...Chance of Murder 2007-02-09
Cloudy...Chance of...
2007-02-09
A local weatherman is found dead the morning after a tryst and his lover is charged with his murder despite her claims of innocence. Shawn is intrigued and becomes a defense consultant in order to gain access to the case.
Regisserat av:

14
Poker? I Barely Know Her 2007-02-23
Poker? I Barely...
2007-02-23
Henrys friend refuses to report his son, Brandon, missing after the son steals 30,000 dollars. Shawn agrees to help locate the son, and finds out that Brandon has been involved in some underground poker. Meanwhile, Ohara tries to surprise Lassiter on his birthday.
Regisserat av:

15
Scary Sherry: Biancas Toast 2007-03-02
Scary Sherry:...
2007-03-02
Juliet asks Shawn and Gus for assistance on her undercover assignment. Theyre only too glad to help, since it involves sorority sisters. Unfortunately, whats supposed to be an easy case turns out to have ties to their past and may endanger Juliet. Meanwhile, Lassiter locks horns with the oldest...
Regisserat av: