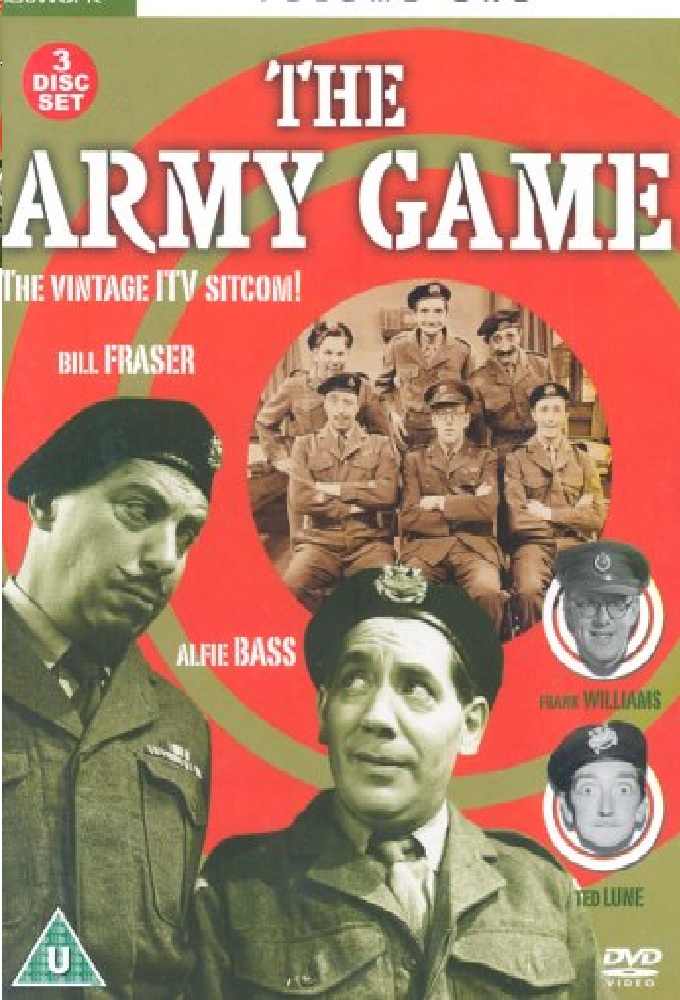 (1957)
Originaltitel: The Army Game
Release: 1957-06-01
TV-bolag: ITV1
Längd per avsnitt: 25 min min
Status: AVSLUTAD
The Army Game is a British sitcom that aired on ITV from 1957 to 1961. Made in black-and-white, it is about National Service conscription to the post war British Army. It was created by Sid Colin. Many stars, like Charles Hawtrey, William Hartnell, Bernard Bresslaw, Alfie Bass and Dick Emery became household names, and appeared in the Carry On films, which began with Carry On Sergeant, virtually a spin-off. It was made for the ITV network by Granada Television. (TheTVDB)
Komedi