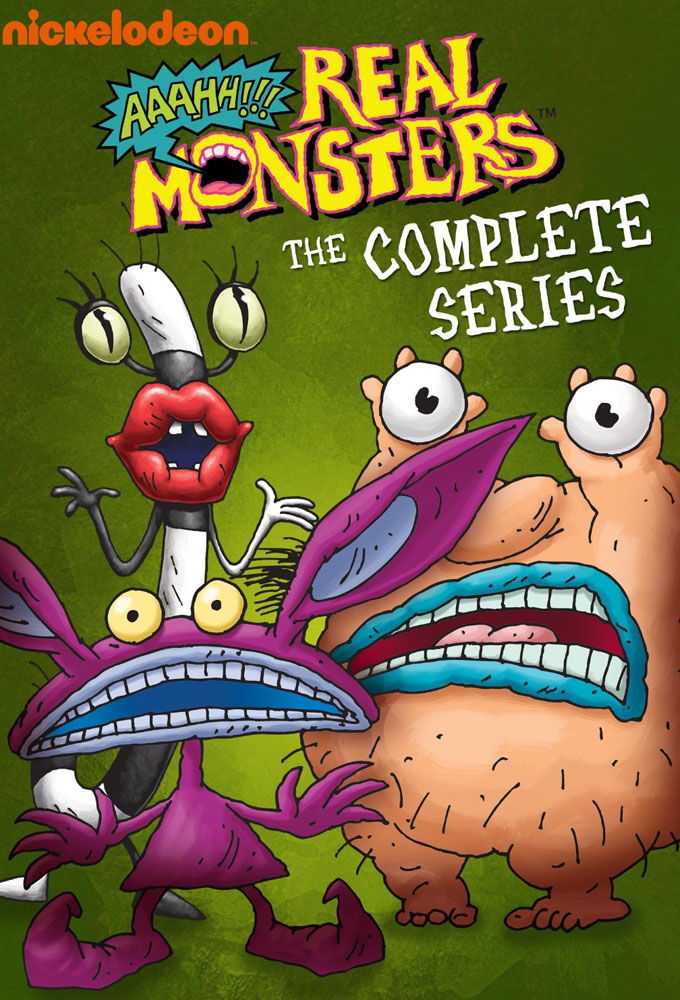 Aaahh!!! Real Monsters is an American animated television series about adolescent monsters in training, developed by Klasky Csupo for Nickelodeon. The show ran for four seasons on Nickelodeons main United States cable channel and was rerun on Nicktoons Network until 2006. The show focuses on three monsters in particular (Ickis, Oblina, and Krumm) who attend a school for monsters under a city dump and learn to frighten humans. Many of the episodes revolve around the monsters making it... (TheTVDB)
Animerat Barn

11
Gone Shopping 1994-12-03
Gone Shopping
1994-12-03
Tis the season to be scary, and Oblina, Ickis, and Krumm are happy to oblige. They terrorise shoppers in a mall, but the tables are turned when the trio find themselves locked inside after hours.

12
Old Monster 1994-12-10
Old Monster
1994-12-10
Ickis, Oblina, and Krumm are bored when Grombles old teacher lectures at the academy. But when they escort him back to the dump, they learn that old monsters are the best monsters.
Regisserat av:

13
Mother May I? 1994-12-10
Mother May I?
1994-12-10
Every boy and monsters worst fear is realised for the Gromble -- his mom shows up at the academy unannounced. The Gromble leaves her in the care of Ickis, Oblina, and Krumm for the afternoon with alarming results.
Regisserat av:

14
Don't Just Do It 1994-12-17
Don't Just Do It
1994-12-17
Ickis gets a bad case of hero worship when he is befriended by an impulsive monster drop-out Puhg, who takes Ickis to the surface without adequate preparations.

17
The Great Wave 1994-12-24
The Great Wave
1994-12-24
Life is no day at the beach for Ickis as his self-esteem hits a rip tide when he is chosen to be a contestant in the Annual Riding of the Great Wave Competition.
Regisserat av:

22
Where Have All the Monsters Gone? 1995-01-14
Where Have All the...
1995-01-14
A. The Scare-Meter and a visit to the Hall of Records informs the Gromble that monster scares are not as effective as they used to be in the human world. What will this mean for the future of the monster race? B. Ickis wants to prove the Gromble wrong and show other monsters that TV isnt bad for...