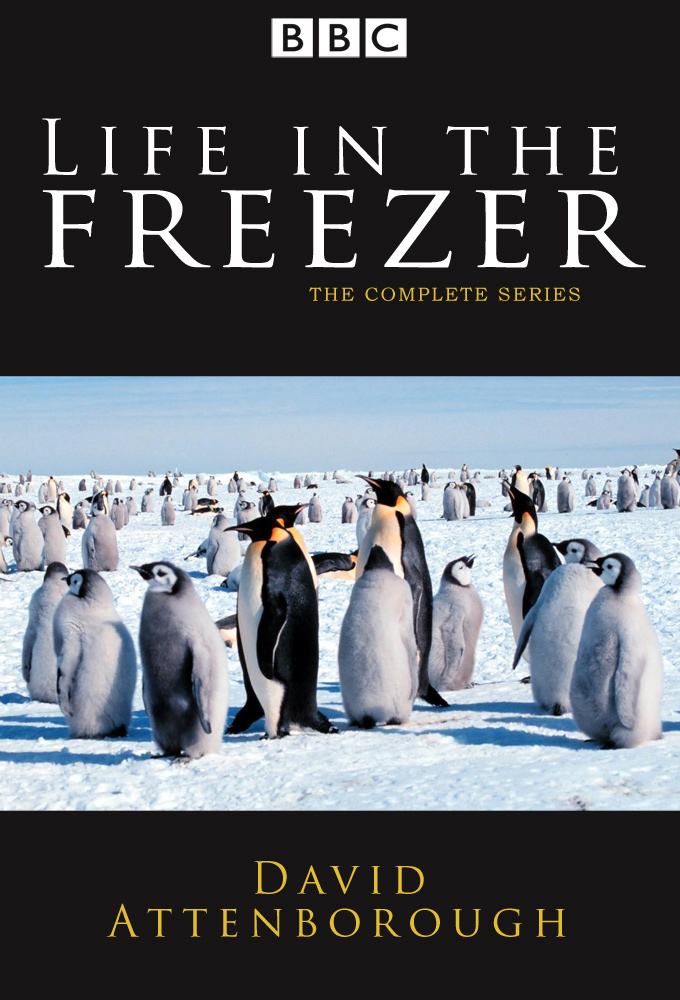 Life in the Freezer

(1993)
Originaltitel: Life in the Freezer
Release: 1993-11-18
TV-bolag: BBC One
Längd per avsnitt: 30 min min
Status: AVSLUTAD
Over the course of the series, the seasonal effect on the continent is explored, from one of the harshest winters on the planet to the arrival of spring, which welcomes a population of ocean travelers returning to breed. Then, in the summer, creatures such as seals and penguins struggle to raise their young before winter once again sets in. At this point, the ice sheet doubles and animals must leave to find food. David Attenborough accompanied a 20-strong crew to Antarctica and spent... (TheTVDB)
Dokumentär

1
SÄSONG 1

1
The Bountiful Sea 1993-11-18
The Bountiful Sea
1993-11-18
This episode introduces Antarctica and the surrounding sea and islands. It describes how the continent changes throughout the year. With winter temperatures of minus 70 degrees centigrade and winds of 100mph, only a few hundred people live in this inhospitable continent that is one and a half...
Regisserat av:

2
The Ice Retreats 1993-11-25
The Ice Retreats
1993-11-25
This episode shows the lives of animals on the Antarctic peninsula. In the spring, the thaw begins and animals like the humpback whale and the crabeater seal follow the retreating ice.
Regisserat av:

3
The Race to Breed 1993-12-02
The Race to Breed
1993-12-02
This episode describes the breeding season in Antarctica. Its summer in Antarctica, and with 24-hour daylight the race to breed is on as two million fur seals crowd the beaches of South Georgia. When the pups are born, ferocious bulls attack any intruders who challenge their females. Meanwhile,...
Regisserat av:

4
The Door Closes 1993-12-09
The Door Closes
1993-12-09
This episode shows the northward migration of animals on Antartica and the islands surrounding it. Autumn has stirred up harsh seas which batter the islands of Antarctica, leaving penguins to struggle ashore to feed their young. Amid the wildness of the landscape, leopard seals pounce at...
Regisserat av:

5
The Big Freeze 1993-12-16
The Big Freeze
1993-12-16
This episode shows the lives of animals in Antarctica when the ice has frozen over at the end of summer. During the Antarctic winter, conditions are so extreme that most animal life deserts the region. The few exceptions include emperor penguins, which huddle together as storms rage, and Weddell...
Regisserat av:

6
Footsteps in the Snow 1993-12-23
Footsteps in the...
1993-12-23
The first half of this episode discusses the human exploration of Antarctica and the second half is the making of the series. David Attenboroughs natural history of Antarctica focuses on mans struggle to survive in this frozen world. From Captain Scotts old hut, he describes the race to be the...
Regisserat av: