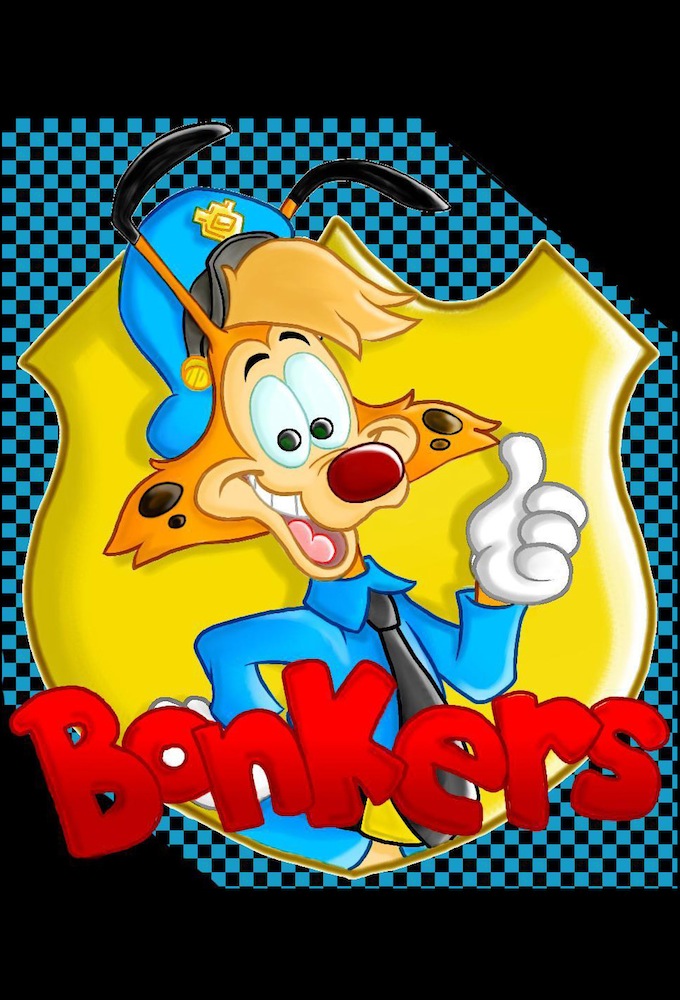 (1993)
Originaltitel: Bonkers
Release: 1993-09-04
TV-bolag: Toon Disney
Längd per avsnitt: 30 min min
Status: AVSLUTAD
Bonkers D. Bobcat (voiced by Jim Cummings) is an overly energetic and hyperactive cartoon bobcat that works in the Toon Division of the Hollywood PD. Once a big name cartoon star for Wackytoons Studios, he was fired due to his show being bumped out of first place in the ratings. He was introduced to law enforcement when he unknowingly saved cartoon celebrity Donald Duck from a park mugger (mostly due to the help of officer Lucky Piquel) and was given full credit for the muggers... (TheTVDB)
Animerat

6
Fall Apart Bomb Squad 1993-09-13
Fall Apart Bomb...
1993-09-13
A crazy Toon Bomb who wants to be a stand-up comic terrorizes the city, and Lucky and Bonkers take the case with their new explosives expert, Fall-Apart Rabbit.

10
A Cheap Sheep Sweep 1993-09-17
A Cheap Sheep Sweep
1993-09-17
Things go amuck in Toon Town as a sneaky wolf kidnaps toons, brings them to his sheep factory, and turns them into stuffed sheep. But soon enough, Bonkers gets kidnapped too, and its up to Lucky to save him.

19
Ski Patrol / Bonkers in Space / The... 1993-09-30
Ski Patrol /...
1993-09-30
This is the first compilation episode of Bonkerss Raw Toonage shorts. Theres the title routine (lifted from Casabonkers, complete with a quick glimpse of Miranda), along with the following Hes Bonkers shorts from Raw Toonage. Ski Patrol: Ambulance drivers Bonkers and Jitters rush to help skier...