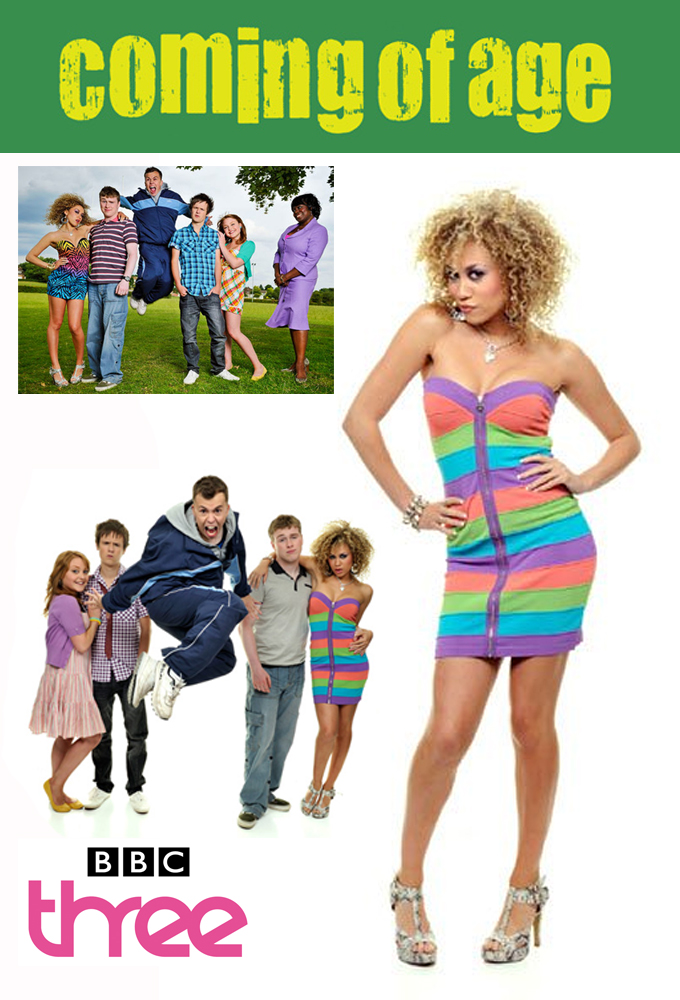 (2007)
Originaltitel: Coming of Age
Skapad av: Tim Dawson
Release: 2007-05-21
TV-bolag: BBC Three
Längd per avsnitt: 30 min min
Status: AVSLUTAD
Coming of Age is a brand new sitcom written by 19-year-old Tim Dawson. It takes a candid look into the outrageous world of a group of sixth form students living in Abingdon as they enjoy a final romp with adolescence. Chloe, Matt, Jas, Ollie and DK are regular teenagers – their lives revolve around college, their bedrooms and, because they have nowhere else to hang out, Ollie’s garden shed. Coming of Age shows life from a teenage perspective. It talks about being young openly,... (TheTVDB)
Komedi

3
I Suck Coppers 2008-10-14
I Suck Coppers
2008-10-14
Driving home from an impromtu party in Chloes bedroom, DK gets pulled over by a policeman. He tries to avoid being done for drink-driving by swallowing a load of copper coins. When bits of his body start going green, DK is delighted - at last hes got something truly special to show the girls. Chloe...
Regisserat av: