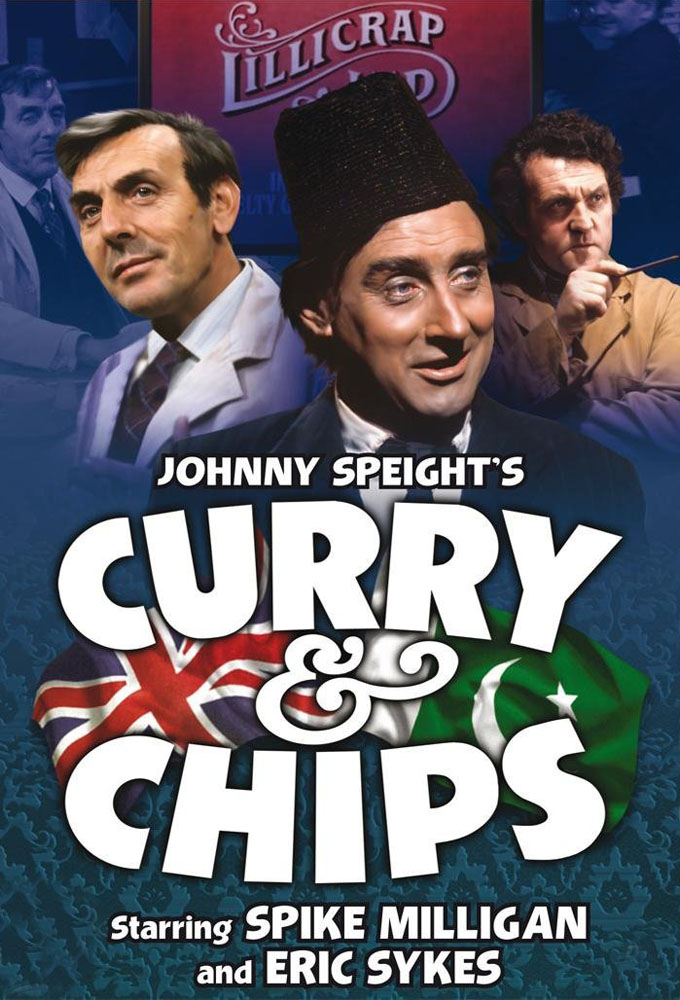 (1969)
Originaltitel: Curry & Chips
Release: 1969-11-01
TV-bolag: ITV
Längd per avsnitt: 25 min min
Status: AVSLUTAD
Curry and Chips was a controversial 1969 British sitcom from London Weekend Television for the ITV Network. Set on a factory floor of Lillicrap Ltd, it starred a blacked up Spike Milligan as an Asian immigrant who went by the name of Kevin OGrady. It also featured Eric Sykes as the foreman, Norman Rossington as the shop steward, and regulars were Kenny Lynch, and Sam Kydd. The series was written by Til Death Us Do Part writer Johnny Speight, but based on idea by Spike Milligan. (TheTVDB)
Komedi

2
Episode 2 1969-11-28
Episode 2
1969-11-28
When all he wants to do is an honest days work for an honest days pay, Kevin has trouble understanding the work-shy and heavily union-based ethics of his colleagues.
Regisserat av:

4
Episode 4 1969-12-12
Episode 4
1969-12-12
On his way to holy confession in case he gets killed at a football match, Kevin walks into the middle of a race riot and gets walloped and arrested. When Young Dick finds out that Kevin has doubled his chance of getting to heaven by being both Catholic and Muslim, he is ever so slightly appalled.
Regisserat av:

5
Episode 5 1969-12-19
Episode 5
1969-12-19
Among those giving OGrady trouble is Kenny; he has always thought of himself as one of the lads, but since OGradys arrival, the black Cockney workman finds himself now firmly placed on the immigrant side.
Regisserat av:

6
Episode 6 (1969 Christmas Special) 1969-12-26
Episode 6 (1969...
1969-12-26
Redecorating the office for Cristmas, Smelly laments the impending lack of a Queens Speech on the television that year. The Shop Steward is quick to denounce Christmas as a capitalist racket, but Kevin puts him straight.
Regisserat av: