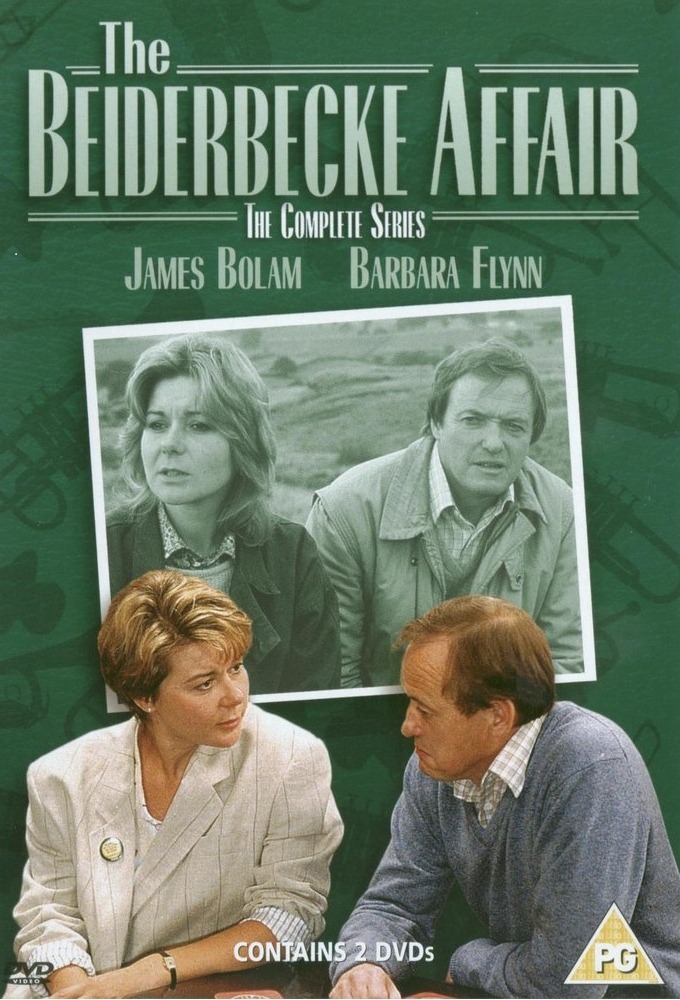 (1985)
Originaltitel: The Beiderbecke Affair
Release: 1985-01-06
TV-bolag: ITV
Längd per avsnitt: 60 min min
Status: AVSLUTAD
This quirky comedy-drama, written by Alan Plater, starred James Bolam of The Likely Lads fame, and Barbara Flynn, was first shown on ITV in 1985, and was so successful it spawned two sequels. All three series resonated with the sounds of jazz great Bix Beiderbecke and original music by Frank Ricotti, and it was this, as much as the unusual and eccentric style of the dialogue, that made the trilogy so popular with audiences. The very individual episode titles of the first series... (TheTVDB)
Komedi

SPECIAL
1
SÄSONG 1

1
What I don't understand is this... 1985-01-01
What I don't...
1985-01-01
Jazz-loving, woodship teacher Trevor Chaplin and his girlfriend Jill are on the trail of a saleswoman who mistakenly delivered a set of records that were supposed to be by Bix Beiderbecke.
Regisserat av:

3
We Call It The White Economy 1985-01-20
We Call It The...
1985-01-20
Trevor has succeeded in finding the music hes been looking for and Jills campaign is reaching fever pitch. But who is the mysterious supergrass and the woman with a past? Will the truth ever be revealed to Det Sgt Hobson?
Regisserat av:

5
That Was A Very Funny Evening 1985-02-03
That Was A Very...
1985-02-03
Jill and Trevor have an emotional crisis, Sergeant Hobson has a policing crisis, and Big Al has a storage crisis. But the question on everybodys mind is: Who is McAllister?.
Regisserat av:

6
We Are On The Brink Of A New Era, If... 1985-02-10
We Are On The Brink...
1985-02-10
Somehow, a bizarre twist of fate plunges the couple into a mystery involving bureaucracy and death threats. All is revealed in this final episode: will Hobson find fame and glory, will Trevor and Jill find true happiness, and will Mr Carter ever really understand his two teaching colleagues?
Regisserat av: