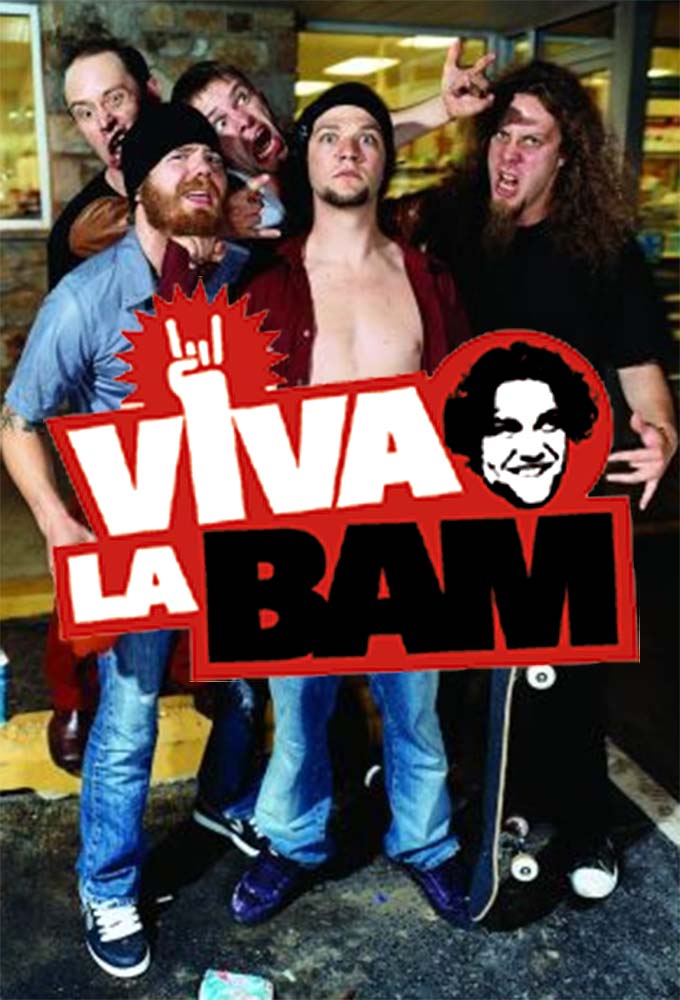 Viva La Bam is MTVs hit prank show all about the life & antics of pro-skater and pro-jackass Bam Margera. From hilarious scavenger hunts to changing the house into a giant skatepark or hockey rink, he always keeps the show a family affair. (TheTVDB)
Komedi Reality

2
Don't Feed Phil 2003-11-02
Don't Feed Phil
2003-11-02
Can Phil go without food for an entire day? Thats what Bam wants to find out. Like it or not, Phils going on a starvation diet. For 24 hours, Bam has instilled his family, friends, and heck, the whole town with one simple message: Dont Feed Phil. Its a tough day, but Phil comes through in the end,...
Regisserat av:

3
The Family Reunion 2003-11-09
The Family Reunion
2003-11-09
Bam wants to do something special for the family reunion. So he decides to build a drawbridge and a moat to replace the front door. But where will the big family dinner take place? Bam and his crew erect a walled area in the form of a castle in the front yard. The guests arrive but there is no...
Regisserat av:

4
Viva Las Vegas 2003-11-16
Viva Las Vegas
2003-11-16
Its two days before Phil and Aprils wedding anniversary. Bam wants to do something special for them, so he decides to take them to Las Vegas. But Bam wants to make the trip really special. So Bam goes on a website and orders a bride from Russia for Raab. Raab agrees to marry the mail-order bride...
Regisserat av:

5
Three-Day Weekend 2003-11-23
Three-Day Weekend
2003-11-23
April and Phil go on a three-day-weekend leaving Bam at home. While theyre away, Bam and his crew paint the kitchen blue along with everything in it. Then they build a secret underground tunnel into Don Vitos house, and convert Aprils car into a suped-up hot-rod.
Regisserat av:

7
April Gets Revenge 2003-12-07
April Gets Revenge
2003-12-07
Bam plans to take April, Phil, Don Vito and his raucous crew of friends out for a boating trip on the Susquehanna River in Pennsylvania. But what Bam really wants to do, is take April, Phil and Don Vito to an island 100 yards away from Three Mile Island, the notorious nuclear power plant and leave...
Regisserat av:

8
The Scavenger Hunt 2003-12-14
The Scavenger Hunt
2003-12-14
In this season finale, Bam, the crew and the band known as the Blood Hound Gang embark on an outrageous scavenger hunt. The hunt begins with Bam purchasing three banged-up used cars. Next, he splits everyone up into three teams. The teams jump into their cars and race around town collecting bizarre...
Regisserat av: