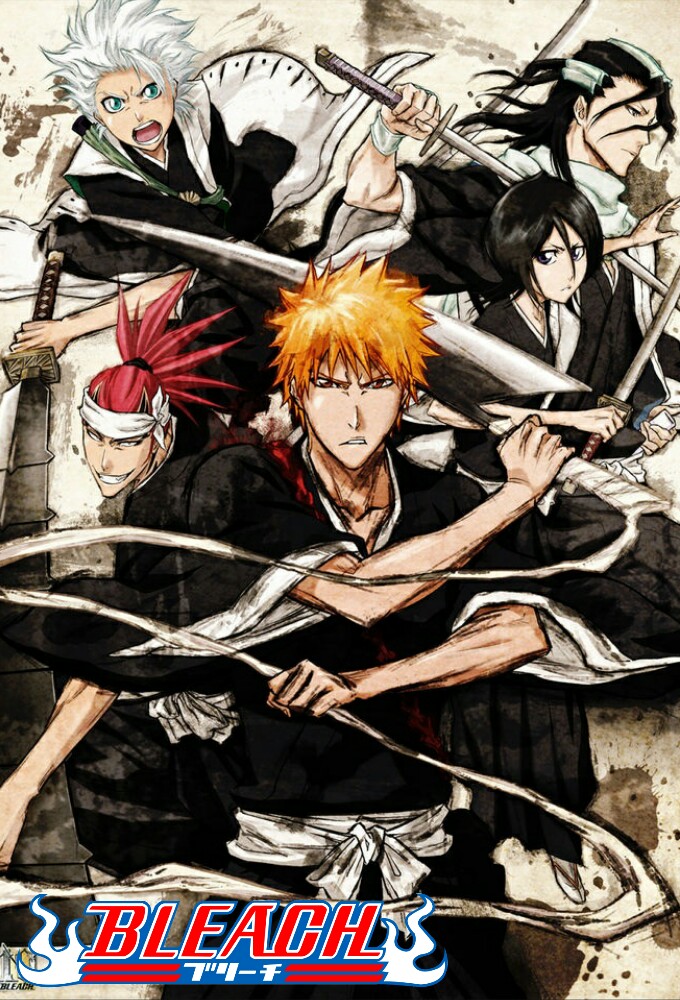 2
A Shinigami's Work 2004-10-12
A Shinigami's Work
2004-10-12
After the previous nights attack, Ichigo decides to check up on his family and finds that they do not remember anything that happened. In school, Ichigo meets the Soul Reaper from the night before, Rukia Kuchiki; she is posing as an exchange student until her powers return. Rukia tells Ichigo that...

4
Cursed Parakeet 2004-10-26
Cursed Parakeet
2004-10-26
Ichigo’s friend Chad finds a bird that is rumored to bring bad luck. Chad takes the bird in anyway because he has a soft spot for animals. Ichigo’s sister Karin finds out that the bird is really the soul of a young boy whose mother was killed. The boy is now being hunted by a Hollow. Karin...

6
Fight to the Death! Ichigo vs. Ichigo 2004-11-09
Fight to the Death!...
2004-11-09
Rukia purchases a temporary soul at Urahara’s store for Ichigo to use when she is not around and he needs to fight a Hollow. What Rukia does not realize is that what she purchased isn’t a normal temporary soul; it is a modified soul with special powers created by the Soul Society. When this...

7
Greetings from a Stuffed Toy 2004-11-16
Greetings from a...
2004-11-16
While Ichigo is fighting with the modified soul Rukia gets a message on her spirit phone about a nearby Hollow. Ichigo and the mod soul then defeat the Hollow together. Shortly after this happens Urahara removes the mod soul from Ichigo’s body. Instead of getting the mod soul destroyed Ichigo...

8
June 17, a Memory of Rain 2004-11-23
June 17, a Memory...
2004-11-23
On the anniversary of his mother’s death Ichigo and his family visit her grave. While he is there Ichigo remembers the day his mother died. Rukia is found by a Shinigami who asks her why she hasn’t returned to the soul society. Ichigo accidentally tells him that he is her substitute Shinigami;...

10
Assault on Trip at Sacred Ground! 2004-12-07
Assault on Trip at...
2004-12-07
Don Kan’onji, the star of a show that specializes in spirit exorcism, comes to Ichigo’s town to do a live show. Kan’onji thinks he is exorcising an earth bound spirit but instead he turns it in to a Hollow. Now he must rely on Ichigo help to defeat it.

11
The Legendary Quincy 2004-12-14
The Legendary Quincy
2004-12-14
Rukia gets a message on her pager about a nearby Hollow. When Rukia and Ichigo arrive at the place the where Hollow was supposed to be they find out that it had already been defeated. This happens once again but this time shortly afterwards a man who calls himself a Qunicy confronts them. Rukia...

12
A Gentle Right Arm 2004-12-21
A Gentle Right Arm
2004-12-21
Uuryu and Ichigo have a contest to see who can destroy the most Hollows after Uuryu releases his Hollow bait. Meanwhile Chad is being pursued by a Hollow because he has spiritual powers. He runs into Ichigo’s sister Karen and must protect her and her friends from the Hollow with his powerful...

13
Flower and Hollow 2004-12-28
Flower and Hollow
2004-12-28
Orihime and her friends are being attacked by a hollow who can shoot seeds that control people from its head. Orihime realizes that she has a spiritual power where she can control six small fairy like beings. She uses this power to defeat the hollow. Later Orihime and Chad are taken to Urahara...

14
Back to Back, a Fight to the Death! 2005-01-11
Back to Back, a...
2005-01-11
Rukia tells Ichigo why the Shinigami defeated the Quincy 200 years earlier. Ichigo confronts Uuryu with this knowledge while they are fighting the Hollows. This makes Uuryu remember how his Sensei died. While reminiscing Ichigo and Uuryu notice they are surrounded by Hollows and must work together...

15
Kon's Great Plan 2005-01-18
Kon's Great Plan
2005-01-18
Kons on a mission. And this mission involves getting love from the ladies. Too bad for this stuffed lion, as everything he hopes for gets flipped upside down and around. Also, Urahara gets a strange visit from an even stranger black cat. One that knows him well enough to see through his faux...

16
The Encounter, Renji Abarai! 2005-01-25
The Encounter,...
2005-01-25
The feelings Rukia have been experiencing of late drive her to run away. But she doesnt get far, as two familiar Shinigami come forth to claim her. Lucky for her the Quincy, Ishida Uryuu, was about the night-covered streets. And lucky for her Ichigo arrives. But Rukias luck can only take her so...

17
Ichigo Dies! 2005-02-01
Ichigo Dies!
2005-02-01
Ichigo continues his duel with Renji. He has underestimated this Shinigami one too many times. When overwhelmed he is driven into a corner. And as the killing blow is about to be met, the calm Byakuya steps in. Only problem is... hes too swift for you to notice before youre impaled.

18
Reclaim! The Power of the Shinigami 2005-02-08
Reclaim! The Power...
2005-02-08
With Rukias leaving, everyones memory seems to have vanished as well. Only those who will be key players later have been able to remember. Ichigo needs training and luckily with school out, Urahara Kisuke will put him through some hardships.

19
Ichigo Becomes a Hollow! 2005-02-15
Ichigo Becomes a...
2005-02-15
Ichigo trains with Urahara. He is underground trapped in the hole with 72 hours left until his life chain will come to its end. Held by a binding spell, he waits while Jinta and Ururu tease him. When his chain is no more, he goes though the process of becoming a Hollow. In his mind Ichigo finds...