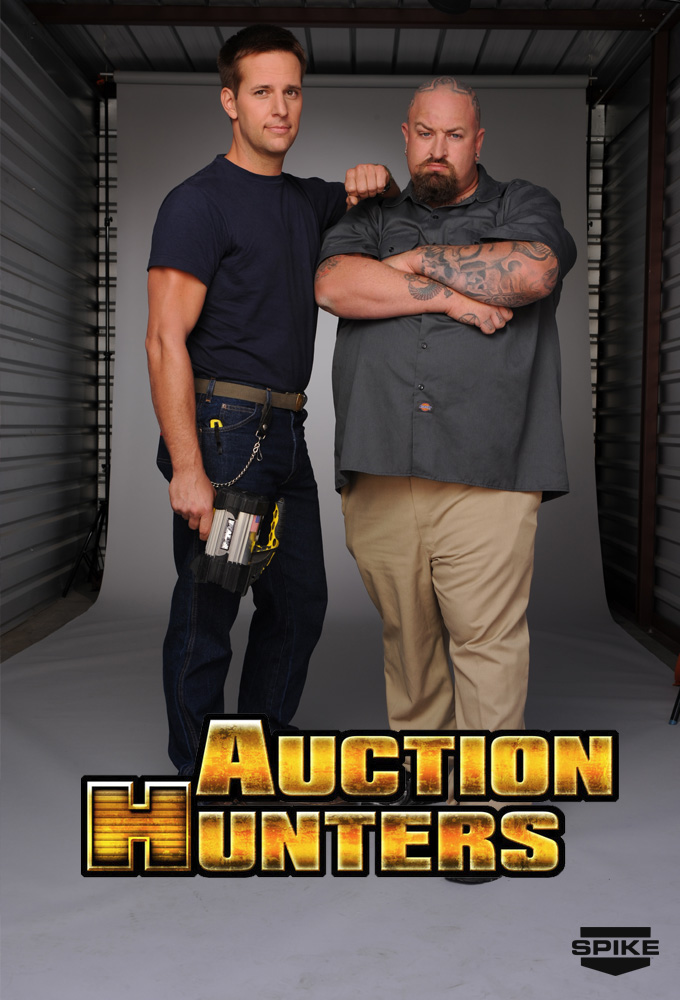 (2010)
Originaltitel: Auction Hunters
Release: 2010-11-09
TV-bolag: Spike TV
Längd per avsnitt: 30 min min
Status: AVSLUTAD
Every day in America, there are over ten thousand abandoned storage units that are put up for public auction. Each unit has the potential to be a goldmine or a bust for those who make their living hunting unclaimed property. This eight half-hour episode series follows two of the best prospectors in the business, Clinton Ton Jones and Allen Haff, in their quest to win auctions, acquire treasure and sell it for profit. (TheTVDB)
Reality

6
Weapons of Past Destruction 2011-01-10
Weapons of Past...
2011-01-10
Muskets dating to the Civil War period and a polygraph machine are among the items Clinton and Allen find in storage units they win this week. After an auction in Hollywood, Ton and Allen end up with a pair of Masonic swords that are a century old and a polygraph machine from the 1970s.