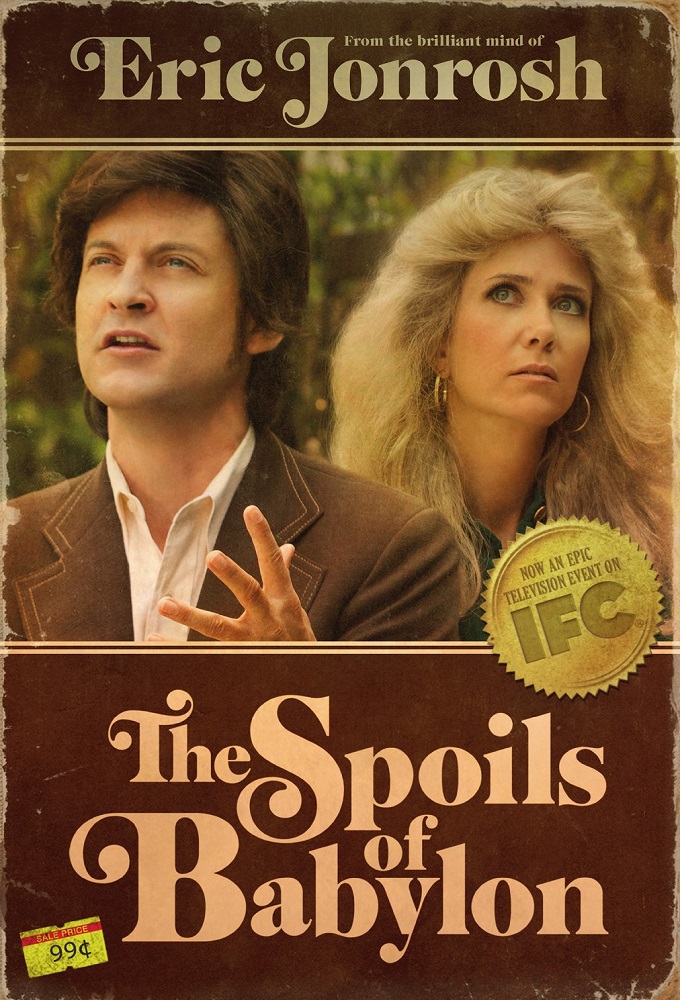 The Spoils of Babylon

(2014)
Originaltitel: The Spoils of Babylon
Release: 2014-01-09
TV-bolag: IFC
Längd per avsnitt: 30 min min
Status: AVSLUTAD
The six-part dark comedy — created by Matt Piedmont and Andrew Steele, and produced by Ferrell’s Funny or Die — is the bizarre adaptation of a non-existent novel penned by fictional author Eric Jonrosh (voiced by Ferrell). The show follows a dysfunctional family of oil tycoons led by Jonas Morehouse (Tim Robbins). His children, played by Kristen Wiig and Tobey Maguire, are set to inherit the fortune if they can fight their forbidden love for each other, (“I kicked heroin, I... (TheTVDB)
Komedi

1
SÄSONG 1

1
The Foundling 2014-01-09
The Foundling
2014-01-09
Best-selling novelist Eric Jonrosh sets the stage for The Spoils of Babylon, his epic masterpiece of a family filled with lust, greed, and plenty of drama.
Regisserat av:

5
The Age of the Bastard 2014-01-30
The Age of the...
2014-01-30
The forbidden love between Devon and Cynthia has become too much for Cynthia to handle; while visiting Devon, Cynthia confronts Dixie Melonworth; Cynthias son Winston takes over the family business.
Regisserat av: