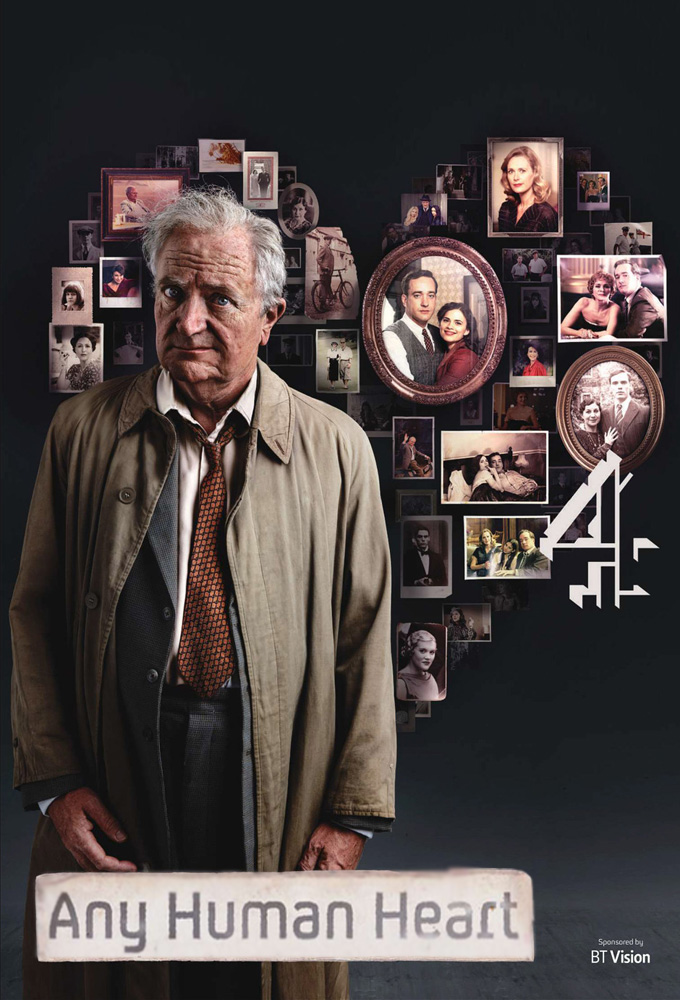 (2010)
Originaltitel: Any Human Heart
Release: 2010-11-21
TV-bolag: Channel 4
Längd per avsnitt: 80 min min
Status: AVSLUTAD
Jim Broadbent, Matthew Macfadyen and Sam Claflin take on the lead role of Logan Mountstuart in William Boyd's adaptation of his best-selling novel. From one man's emotional, tumultuous and unpredictable journey through the 20th century comes a funny, moving and ambitious four-part drama. Told through Logan's intimate journals, beginning with the idealism and arrogance of his youth, through the triumphs and tragedies of middle-age, to the unexpected dramas of his twilight years - his... (TheTVDB)
Drama

1
SÄSONG 1

1
Episode 1 2010-11-20
Episode 1
2010-11-20
Logan Mountstuart is a student at Oxford in the 1920s, aspiring to become a great novelist but even more desperate to lose his virginity. Seemingly trapped by a promise to his dying father to join the family corned beef company, a chance encounter with Ernest Hemingway re-ignites his literary...
Regisserat av:

2
Episode 2 2010-11-28
Episode 2
2010-11-28
Working as a journalist during the Spanish Civil War, Logan confides in Hemingway, knowing he must make decisions about Freya and Lottie. With the outbreak of WWII, Logan is recruited as a British Agent by Ian Fleming. Foreign assignments lead to encounters with the formidable Duke and Duchess of...
Regisserat av:

3
Episode 3 2010-12-05
Episode 3
2010-12-05
Following some personal tragedy, Logan appears to have moved on and found success and happiness in the art world of New York. But a family death brings him back to London where he meets Peters third wife Gloria, and attempts to come to terms with his loss.
Regisserat av:

4
Episode 4 2010-12-12
Episode 4
2010-12-12
Logan emerges from his coma, but is upset to hear of Bens death. After being discharged from hospital, he returns to his old flat in London, where he struggles to make ends meet. In a bid to make the most of his life, he becomes involved with an anti-fascist organisation - only to discover his new...
Regisserat av: