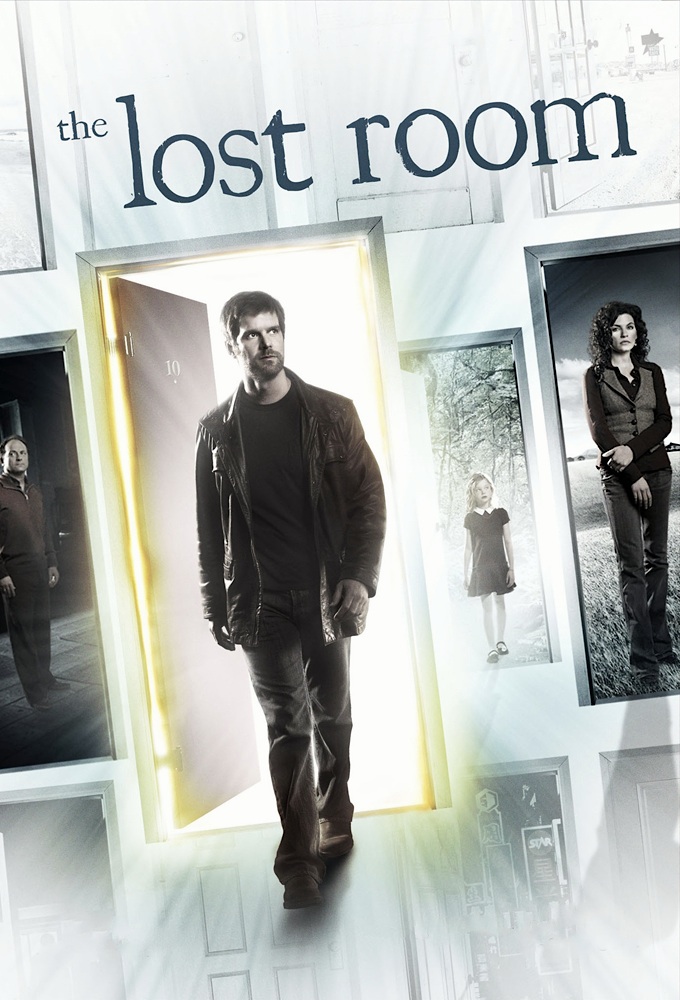 (2006)
Originaltitel: The Lost Room
Release: 2006-12-11
TV-bolag: SciFi
Längd per avsnitt: 90 min min
Status: AVSLUTAD
The series revolves around the titular room and some of the everyday items from that room which possess unusual powers. The shows protagonist, Joe Miller, is searching for these objects to rescue his daughter, Anna, who has disappeared inside the Room. Once a typical room at a 1960s motel along U.S. Route 66, the Lost Room exists outside of normal time and space since 1961, when what is only referred to as the Event took place. (TheTVDB)
Drama Miniserie Science-Fiction

1
SÄSONG 1

1
The Key and the Clock 2006-12-11
The Key and the...
2006-12-11
Detective Joe Miller finds himself on a case involving two men that are found burned to death in a pawn shop, apparently involving a mysterious key and a deal gone bad. After receiving the key, Joe discovers that it is just one of nearly one hundred objects with supernatural powers and a link to a...
Regisserat av:

2
The Comb and the Box 2006-12-12
The Comb and the Box
2006-12-12
Joe Miller is on the run after being framed for his partners murder. He joins forces with Legion member Jennifer Bloom to find the Object that will help find his daughter, Anna. Along the way they learn about the Rooms mysterious past. Martin Ruber searches for an object to gain membership in the...
Regisserat av:

3
The Eye and the Prime Object 2006-12-13
The Eye and the...
2006-12-13
After discovering the existence of the Occupant of Room 10, Joe attempts to find him and another object that will allow him to access the Vault. Kreutzfeld hatches a plan that could destroy the world. Ruber has a vision while in the desert.
Regisserat av: