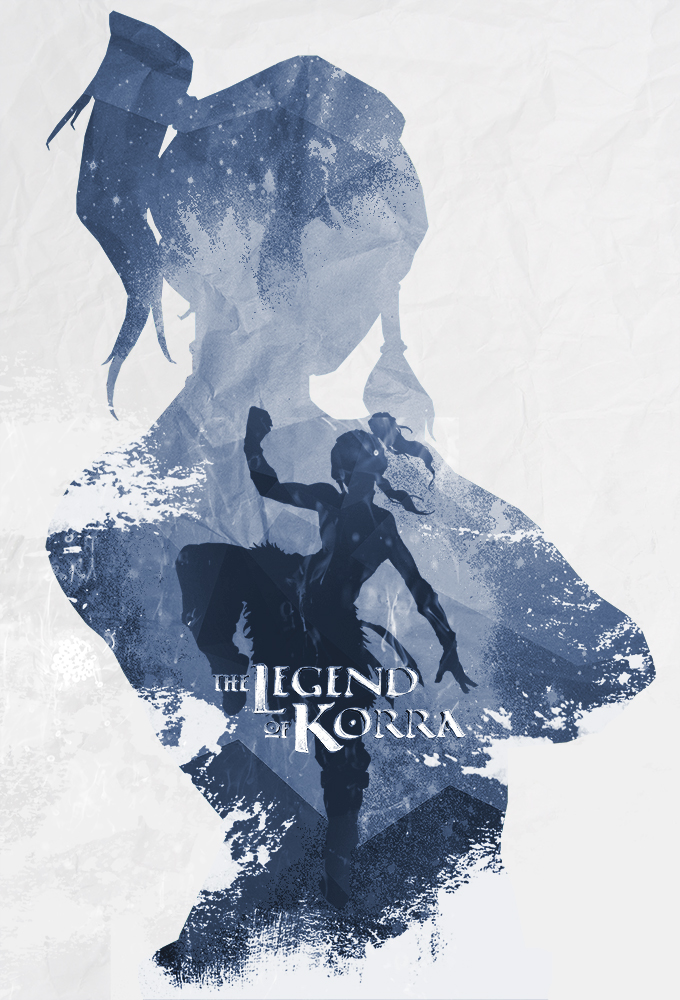 Avatar: The Legend of Korra

The Legend of Korra is set in the Avatar universe as a spin-off of Avatar: The Last Airbender. The new series takes place seventy years after the end of the Avatar: The Last Airbender story arc with new characters and settings. The protagonist of the new series, Korra, the Avatar after Aang, is a hot-headed and rebellious young woman from the Southern Water Tribe who is ready to take on the world. The series follows Korra as she faces an Anti-bending Revolution while mastering the art... (TheTVDB)
Action Äventyr Animerat

SPECIAL
1
2
3
4
SÄSONG 1

1
Welcome to Republic City 2012-04-14
Welcome to Republic...
2012-04-14
After Aang, Zuko, Katara, Sokka, Toph and Suki had defeated Firelord Ozai and stopped the tyranny of the Fire Nation, Aang and Zuko took steps to usher in a new age of equality amongst the nations. In the center of the Fire Nation Colonies, they built Republic City, a place where people of all...
Regisserat av:

2
A Leaf in the Wind 2012-04-14
A Leaf in the Wind
2012-04-14
Korra begins her training with Tenzin. While training, she runs into great difficulties and becomes frustrated with her inability to learn Air Bending quickly. She also becomes more interested in ProBending, a sport where teams consisting of a Fire Bender, Water Bender and Earth Bender attempt to...
Regisserat av:

3
The Revelation 2012-04-21
The Revelation
2012-04-21
The Fire Ferrets are strapped for cash, as they need to provide funds to enter the upcoming ProBending Tournament. Bolin attempts to help Mako by sourcing some work and ends up in the employ of the Triple Threat Triads. When Mako learns of this, he and Korra attempt to get Bolin out before he gets...
Regisserat av:

4
The Voice in the Night 2012-04-28
The Voice in the...
2012-04-28
The threat of Amon and The Equalists has become apparent to the Republic City Council. Councilman Tarrlok puts forward the motion to create a special task force to combat this new threat, and wishes to recruit Korra to help lead it. Initially, Korra declines, but is eventually persuaded into...
Regisserat av:

5
The Spirit of Competition 2012-05-05
The Spirit of...
2012-05-05
As the ProBending Tournament begins, emotions fly between the members of the Fire Ferrets. While Korra and Mako have feelings for each other, they have issues displaying it due to Asami being involved. Bolin attempts to make a move on Korra, but this causes conflicts between Mako and the young...
Regisserat av:

6
And the Winner is... 2012-05-12
And the Winner is...
2012-05-12
The Fire Ferrets are preparing for the big championship ProBending match, when Amon declares a threat to the city that, if the match was to continue, dire consequences would ensue. Korra, Mako and Bolin convince the council to allow the match to happen, with the help of an unsuspecting individual....
Regisserat av:

7
The Aftermath 2012-05-19
The Aftermath
2012-05-19
When the ProBending Arena is shut down after The Equalists attack, Mako and Bolin have to find a new place to live. Korra offers for them to stay on Air Bending Island, but Asami had already offered for them to stay at her fathers mansion, and they accepted. While staying there, Korra learns...
Regisserat av:

8
When Extremes Meet 2012-06-02
When Extremes Meet
2012-06-02
As Asami, Bolin and Mako move into Air Temple Island, the police force inducts Chief Saikhan in to lead them. During the induction, Saikhan announces his direct reporting to Tarrlok when dealing with the Equalist threat. In doing so, it creates mass tension between Korra and Tarrlok, as the young...
Regisserat av:

9
Out of the Past 2012-06-09
Out of the Past
2012-06-09
After Tarrlok has taken Korra hostage, he fabricates a story, telling everyone that the Equalists took her. When Tenzin and former Police Chief Lin Beifong hear this, they set out to find her, with Lin recruiting the help of Asami, Bolin and Mako. While being captured, Korra takes the time to...
Regisserat av:

10
Turning the Tides 2012-06-16
Turning the Tides
2012-06-16
After Korra is rescued after being taken hostage by Tarrlok, and escaping from Amon and The Equalists, she takes time to recover and tell her friends about the dire news of Tarrloks heritage. Stunned by this, Tenzin decides to raise it with the other council members and discuss a plan to rectify...
Regisserat av:

11
Skeletons in the Closet 2012-06-23
Skeletons in the...
2012-06-23
After Amon and The Equalists have overtaken Republic City, the future seems a lot bleaker for Korra and her friends, having to hide in the underground without being able to do anything but wait for the United Forces to come take back the city. As the United Forces roll into Republic City by sea,...
Regisserat av:

12
Endgame 2012-06-23
Endgame
2012-06-23
After learning who Amon really is, Korra and Mako set out to expose him to the other members of The Equalists, in hopes of shattering Amons image and bringing his efforts to a halt. In doing so, they learn that Amon had managed to capture Tenzin and his children, and is going to use them in a...
Regisserat av: