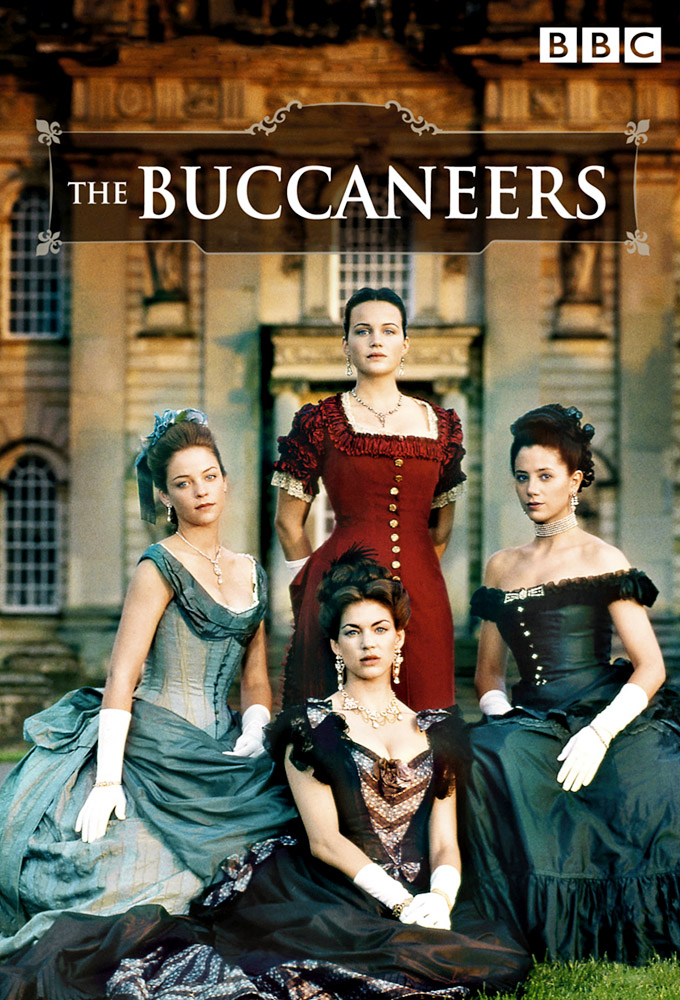 (1995)
Originaltitel: The Buccaneers
Release: 1995-02-05
TV-bolag: BBC One
Längd per avsnitt: 55 min min
Status: AVSLUTAD
Because of their "new money" background, four American girls have difficulty breaking into the upper-crust society of New York. Laura Testvalley, the governess of one of the girls, suggests a London season and thus the young women set sail for England and the unsuspecting English aristocracy. In England, all the girls soon find eligible husbands and the youngest girl, Nan, seems to land the best husband of them all: the handsome and very wealthy Julius, Duke of Trevennick. The girls... (TheTVDB)
Drama Miniserie

2
Conquest 1995-02-12
Conquest
1995-02-12
The young women rent a Thames-side cottage owned by a woman they later learn is pursuing the same love interest as Virginia. After Nan learns of Guys plans to leave England, she makes an important decision about her future.
Regisserat av:

4
Capture 1995-02-26
Capture
1995-02-26
Julius dismisses Nans secret affair because he is having one of his own, but still wants to continue with the marriage. Nan follows her heart. The Brightlingseas experience a death in the family.
Regisserat av:

5
Plunder 1995-03-05
Plunder
1995-03-05
Tensions continue to simmer beneath the lavish frocks and starched collars as a shattered Nan learns her husband is homosexual and runs away with his bitter enemy Guy - prompting Julius to sue for divorce.
Regisserat av: