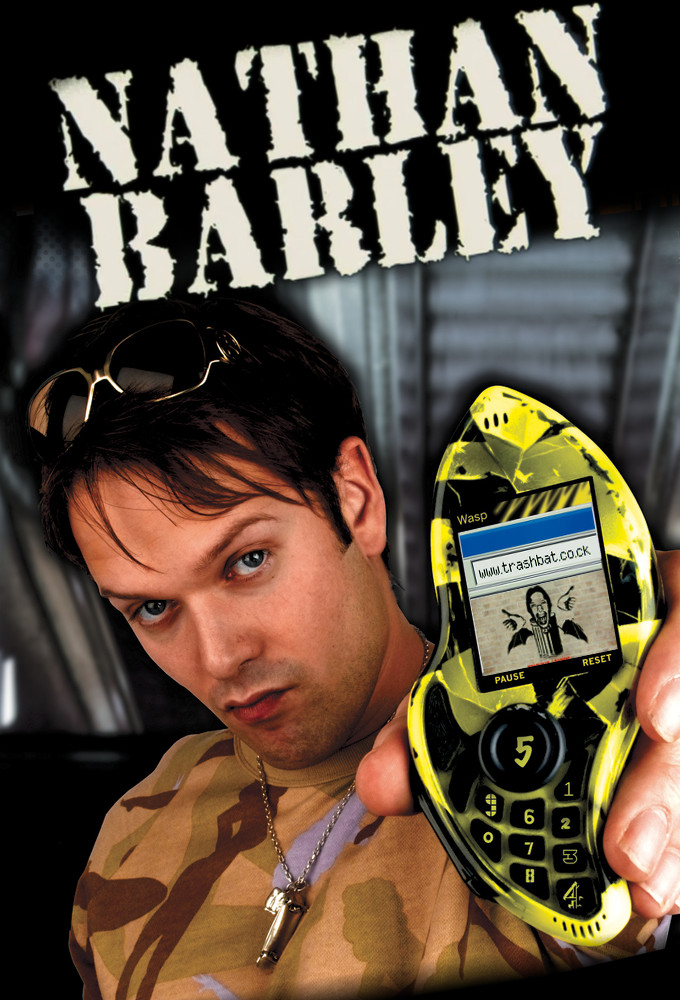 (2005)
Originaltitel: Nathan Barley
Release: 2005-02-11
TV-bolag: Channel 4
Längd per avsnitt: 30 min min
Status: AVSLUTAD
Nathan Barley is 26. He is a webmaster, guerrilla filmmaker, screenwriter, DJ and in his own words, a self-facilitating media node. He is convinced he is the epitome of urban cool and therefore secretly terrified he might not be, which is why he reads Sugar Ape Magazine - his bible of cool. Dan Ashcroft writes searing columns for Sugar Ape. Hes considered astonishingly cool, but only by those he despises. He is surrounded by idiots and practically worshipped by Nathan (whom he... (TheTVDB)
Komedi

1
SÄSONG 1

1
Rise of the Idiots 2005-02-11
Rise of the Idiots
2005-02-11
Baffled human wreck Dan Ashcroft watches in horror as his world is over-run with 24 carat berks, led by a strutting, brainless cock-of-the-walk called Nathan Barley, who, distressingly, has designs on Dans sister Claire.
Regisserat av:

6
The Idiots are Winning 2005-03-18
The Idiots are...
2005-03-18
In the final episode, Nathan finds his way into Claires meeting with a TV commissioner, Pingu is finally broken like a rag doll and Dan discovers a way to get rid of Nathan.
Regisserat av: