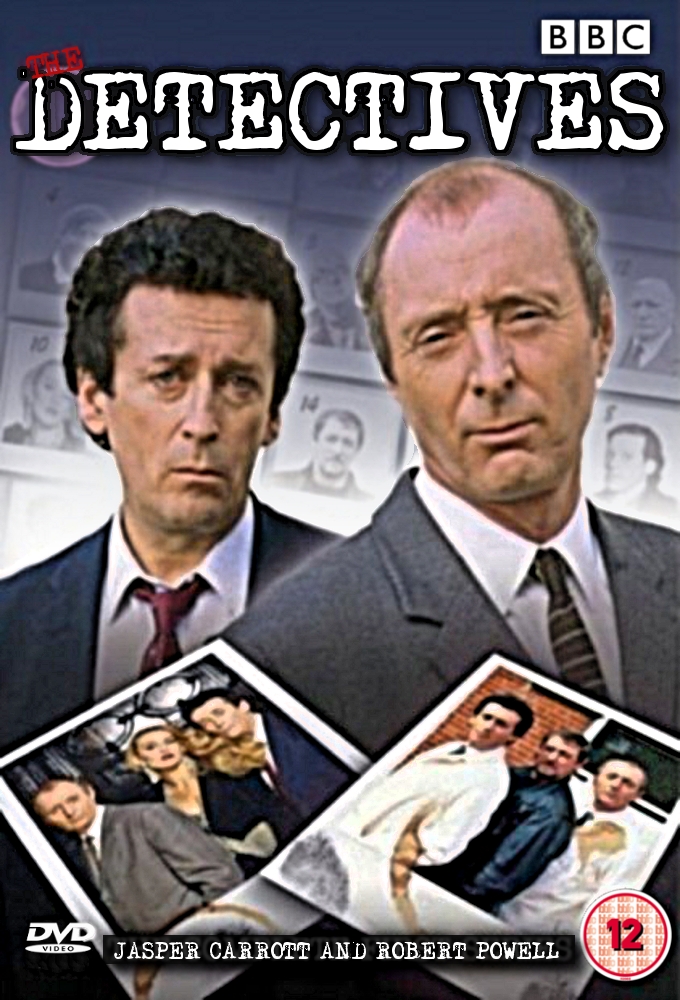 (1993)
Originaltitel: The Detectives
Release: 1993-01-27
TV-bolag: BBC One
Längd per avsnitt: 30 min min
Status: AVSLUTAD
The Detectives began life as a regular sketch on Jasper Carrotts Canned Carrott series. Jasper, and his long time friend Robert Powell (As Jasper said He was once Jesus Christ and now Ive got him down to my level), play Bob Louis and Dave Briggs, two detective constables so happless, it is inconcievable that they ever graduated from Hendon police school. Their boss the super although worn out by their inabillities within police work, always had a special bond for them, and partook in... (TheTVDB)
Komedi

2
Hostage 1993-02-03
Hostage
1993-02-03
A fanatical murderer has escaped from prison and Superintendent Cottam orders Briggs and Louis to catch him but the two detectives would rather be watching the F.A. Cup Final.

6
Strangers in Paradise 1993-03-03
Strangers in...
1993-03-03
Gangster Tony Mazola has been murdered. Superintendent Cottam thinks that gang warfare may be about to start. He sends Briggs and Louis on an undercover assignment to the Paradise Club in the East End of London.