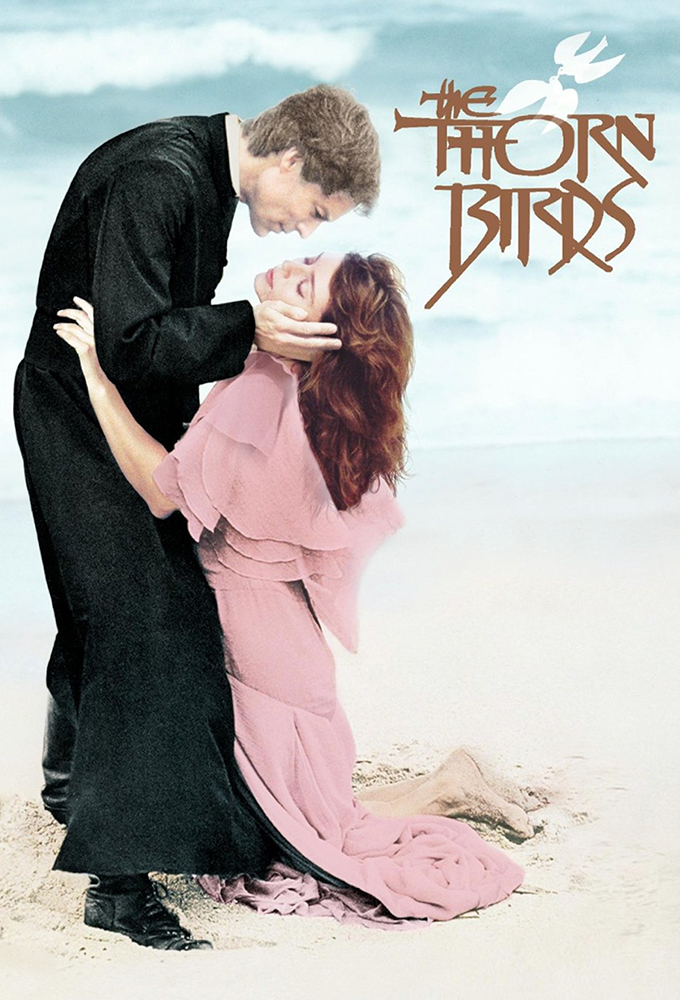 (1983)
Originaltitel: The Thorn Birds
Release: 1983-11-06
TV-bolag: Canale 5
Längd per avsnitt: 140 min min
Status: AVSLUTAD
The epic TV mini-series adaptation of Colleen McCulloughs beloved novel. Beginning in turn of the century Australia, The Thorn Birds follows the Cleary family and their struggles, spanning 60 years of fire and drought, love and jealousy, deaths and births.--In particular, the story centers around the growing up and coming of age of Meggie (Rachel Ward), the familys only daughter and her relationship with the parish priest, Father Ralph (Richard Chamberlain). (TheTVDB)
Drama Miniserie

SPECIAL
1
SÄSONG 1

1
Episode 1 1983-03-27
Episode 1
1983-03-27
When the wealthy but now elderly owner of a large sheep farm in the outback of Australia realizes that her affections towards a banished but ambitious young priest will never be returned, she sets out to manipulate his life and career from the grave once she discovers him giving his attention to...
Regisserat av:

2
Episode 2 1983-03-28
Episode 2
1983-03-28
Having left Australia with a significant sum of holdings in hand willed to the Catholic Church by the wealthy socialite and sheep farmer Mary Carson, Father Ralph de Bricassart finds himself courted by power brokers within the Vatican. Meanwhile, the Drogheda Ranch suffers a devastating brush fire...
Regisserat av:

3
Episode 3 1983-03-29
Episode 3
1983-03-29
Now married, living on a sugar cane plantation, and working as a maid in Queensland, Meggie finds her new husband is more interested in his own work and dalliances than in her. She bears him a child but is still unable to change his ways. Meanwhile, Father de Bricassart has moved up in the Church...
Regisserat av:

4
Episode 4 1983-03-30
Episode 4
1983-03-30
Meggie has repeated the mistakes of her past by favoring her son over her daughter. She finally admits the truth about Danes paternity to Ralph and reconciles with both her mother Fee and her daughter Justine.
Regisserat av: