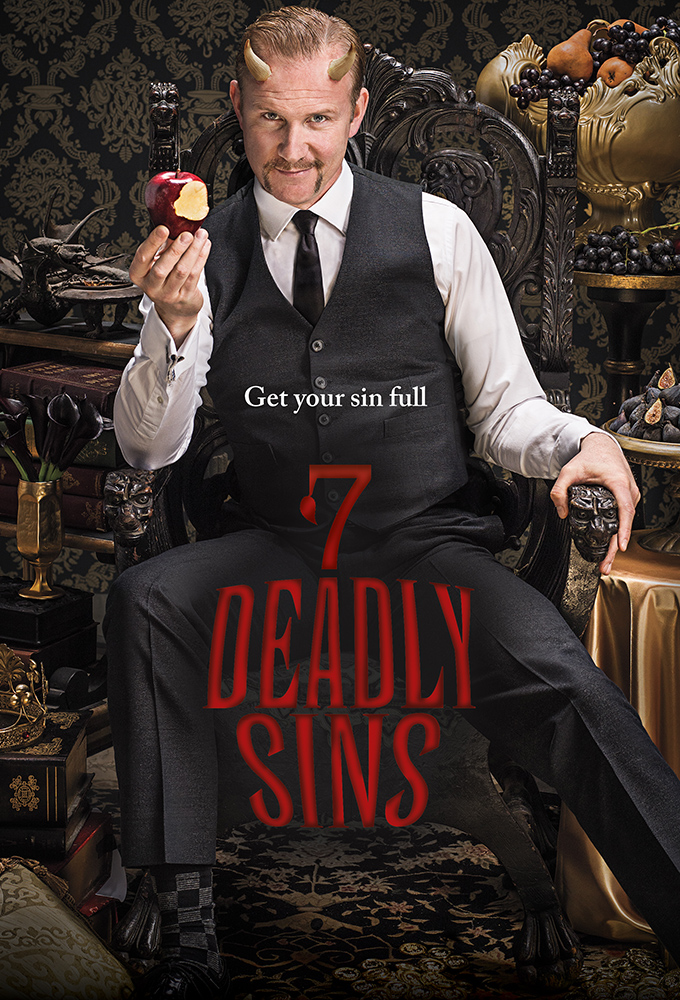 (2014)
Originaltitel: 7 Deadly Sins
Release: 2014-08-07
TV-bolag: Showtime
Längd per avsnitt: 25 min min
Status: AVSLUTAD
Dark, twisted and wildly entertaining, 7 DEADLY SINS proves that truth really is stranger than fiction. Acclaimed, Oscar®-nominated documentary filmmaker Morgan Spurlock (SUPERSIZE ME) presents an outrageous, modern day interpretation of the seven deadly sins: lust, gluttony, greed, sloth, wrath, envy, and pride. Each episode presents a story around one of the sins that is so extreme you wont believe its non-fiction. Its humanity like youve never seen it, and you wont be able to look... (TheTVDB)
Dokumentär

2
Envy 2014-08-14
Envy
2014-08-14
Men who want to be women so bad - temporarily, anyway - that they turn themselves into living female dolls; a healthy young man who envies the disabled so much that he uses a wheelchair; and women who treat hyper-realistic dolls as the newborn babies they desperately wish they had.