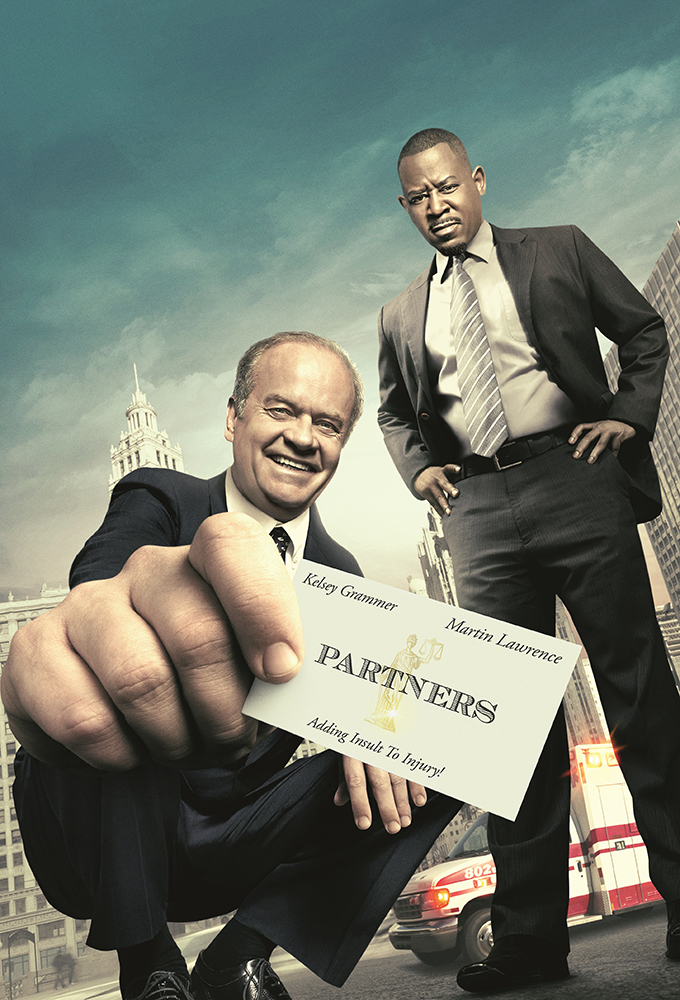 (2014)
Originaltitel: Partners
Release: 2014-08-04
TV-bolag: FX
Längd per avsnitt: 20 min min
Status: AVSLUTAD
The new sitcom marks the much-anticipated return to television of both Lawrence and Grammer, who play two Chicago lawyers from vastly different backgrounds who unexpectedly meet in court on the worst day of their lives. Brought together by fate and greed, they develop a partnership and friendship, forcing each other to find the balance between the ethical and the unscrupulous in both their professional and personal lives. (TheTVDB)
Komedi

3
Another Mans Wingtips 2014-08-11
Another Mans...
2014-08-11
When Allen brings Marcus to an upscale clothing store, Marcus is wrongfully accused of stealing and the guys take on a racial profiling suit.
Regisserat av:

5
Jurist Prudence 2014-08-18
Jurist Prudence
2014-08-18
As Allen carefully assembles the jury for their next case against an old rival, Marcus dives back into the dating scene for the first time since his divorce.
Regisserat av:

7
The Curious Case of Benjamin Butt-Ugly 2014-08-25
The Curious Case of...
2014-08-25
When one of Allens former colleagues wants to divorce his wife over an ugly baby he cant believe he fathered, the guys investigate a fertility clinic to uncover the sticky truth.
Regisserat av:

8
The Law School Reunion 2014-08-25
The Law School...
2014-08-25
When Allen brings Marcus to his prestigious law school reunion, Allen finds himself sidelined by his friends and unexpectedly outshined by his partner.
Regisserat av: