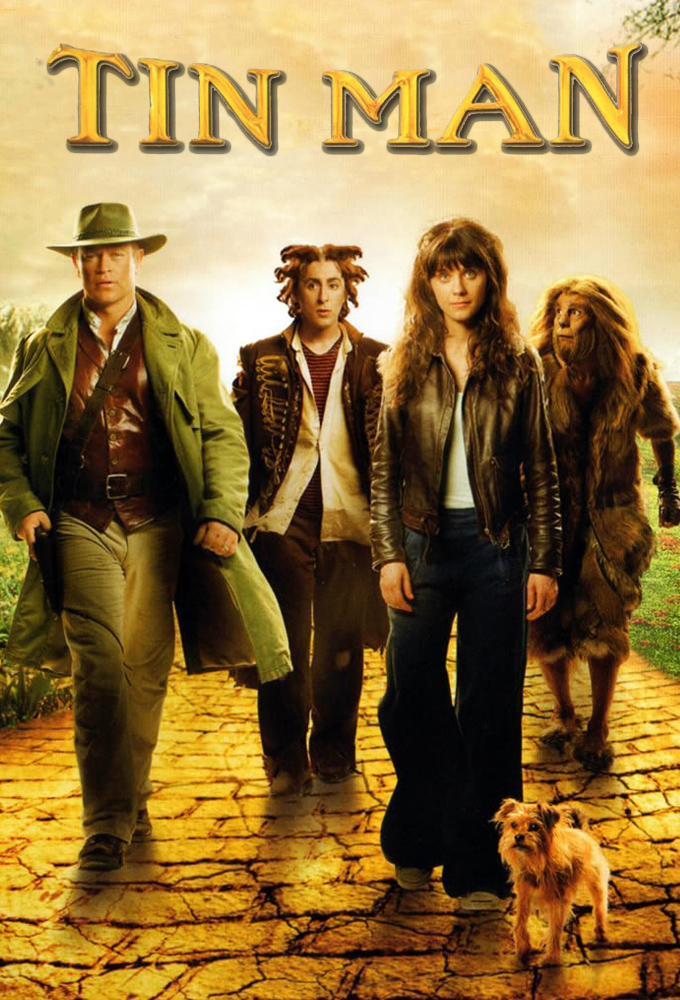 (2007)
Originaltitel: Tin Man
Release: 2007-12-02
TV-bolag: SciFi
Längd per avsnitt: 90 min min
Status: AVSLUTAD
Dorothy Gale, a.k.a. DG, is all grown up and bored. She mopes around, works as a waitress, and goes to school part time. Before she knows it shes back in OZ (a.k.a. Outer Zone) and on the run from the evil sorceress Azkadellia and her storm troopers and clumsy bats. Along the way she falls in with some strange characters including the brainless Glitch, Raw, a cowardly and psychic lion-man hybrid, and, in the largest deviation, Wyatt Cain, a cowboy cop from Central City called a tin... (TheTVDB)
Action Äventyr Fantasy Miniserie

2
Search for the Emerald 2007-12-03
Search for the...
2007-12-03
Cain, Glitch and Raw help DG escape from Azkadellia, and the foursome encounters a shape-shifting dog on their journey to the O.Z.s Northern Island.
Regisserat av:

3
Tin Man 2007-12-04
Tin Man
2007-12-04
DG seeks her father, Ahamo, among the outcasts of the O.Z. while a Longcoat ambush snares her friends, and Glitch discovers his contribution to Azkadellias plans.
Regisserat av: