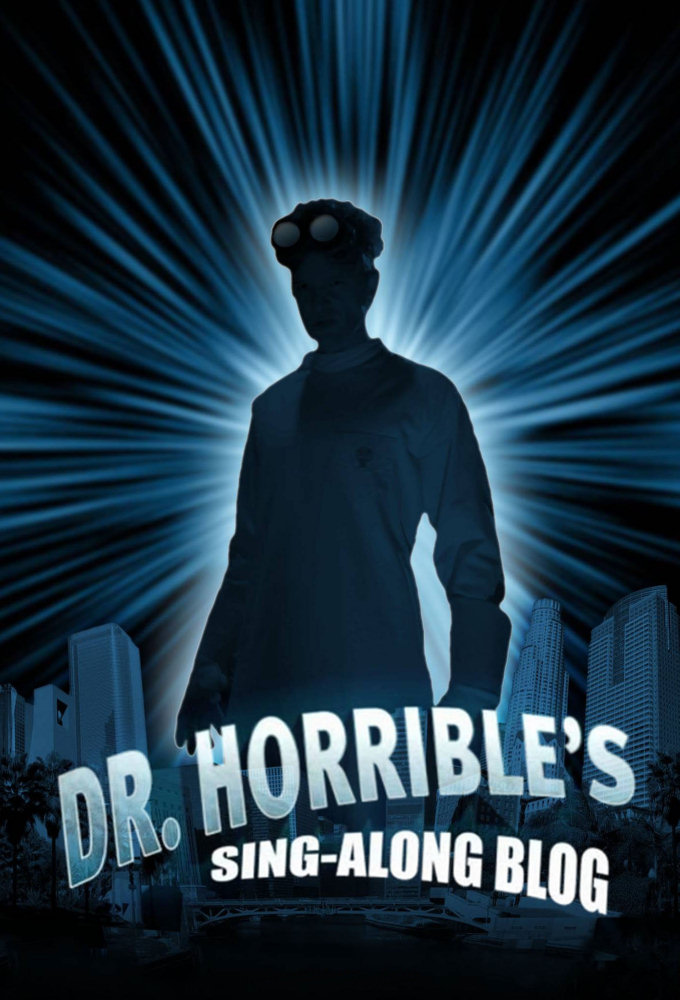 (2008)
Originaltitel: Dr. Horrible's Sing-Along Blog
Release: 2008-07-15
TV-bolag: Netflix
Längd per avsnitt: 20 min min
Status: AVSLUTAD
Dr. Horrible, an aspiring supervillain with his own video blog, is attempting to join the prestigious Evil League of Evil (led by the legendary thoroughbred of sin, Bad Horse), but his plans are usually foiled by the egotistical superhero Captain Hammer. Horribles life is thrown for a loop when he falls in love with Penny, a beautiful and optimistic advocate for the homeless he meets at the laundromat, a situation which complicates itself even further when Penny begins dating the... (TheTVDB)
Komedi Miniserie Science-Fiction

1
SÄSONG 1

1
Act I 2008-07-15
Act I
2008-07-15
Dr. Horrible is a low-rent super-villain whose main goal is to get into the Evil League of Evil. In his online video blog he talks about his arch-nemesis Captain Hammer and Penny, a girl from the laundromat that he admires from a distance.
Regisserat av:

2
Act II 2008-07-17
Act II
2008-07-17
After accidentally introducing Penny and Captain Hammer in the first place, Dr. Horrible is devastated that they seem pretty close. He concentrates on his freeze ray heist but after another setback, Bad Horse insists on a special demonstration of evil.
Regisserat av:

3
Act III 2008-07-19
Act III
2008-07-19
Bad Horse has insisted that only a murder will get Doctor Horrible into the Evil League of Evil, and now that Captain Hammer is dating Penny it seems that his death would be the perfect choice. Will our villain pull off his dastardly plan? And what will Penny think of him if he succeeds?
Regisserat av: