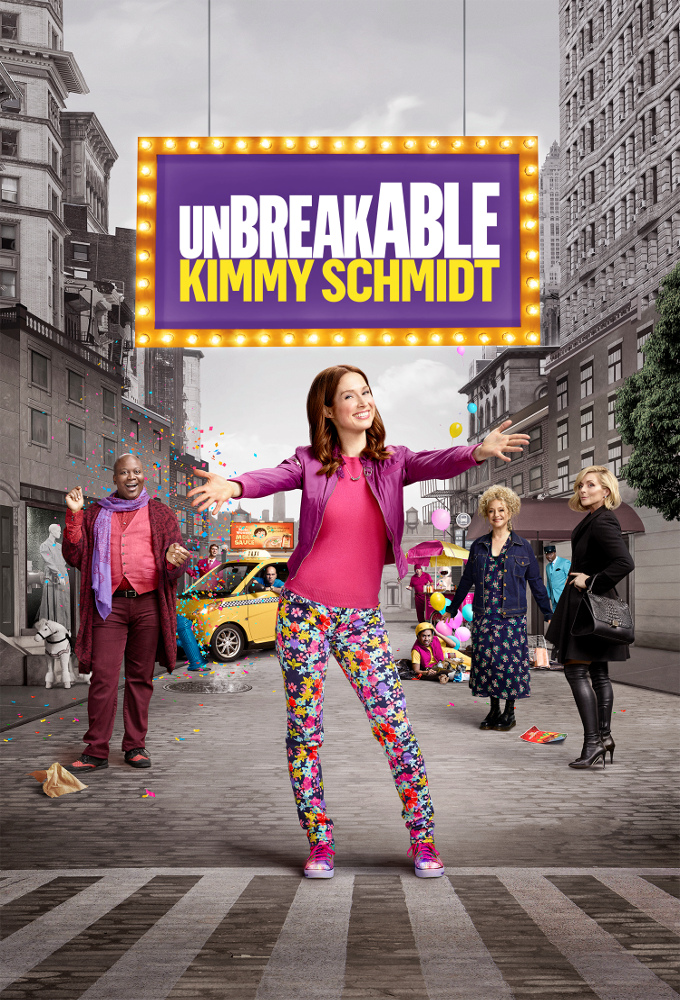 (2015)
Originaltitel: Unbreakable Kimmy Schmidt
Release: 2015-03-06
TV-bolag: Netflix
Längd per avsnitt: 25 min min
Status: AVSLUTAD
29-year-old Kimmy Schmidt adjusts to life after her rescue from a doomsday cult in Indiana where she and three other women were held for 15 years. Determined to be seen as something other than a victim and armed only with a positive attitude, Kimmy decides to restart her life by moving to New York City, where she quickly befriends her street-wise landlady, Lillian Kaushtupper, finds a roommate in struggling actor, Titus Andromedon, and gains a job as a nanny for the melancholy and... (TheTVDB)
Komedi