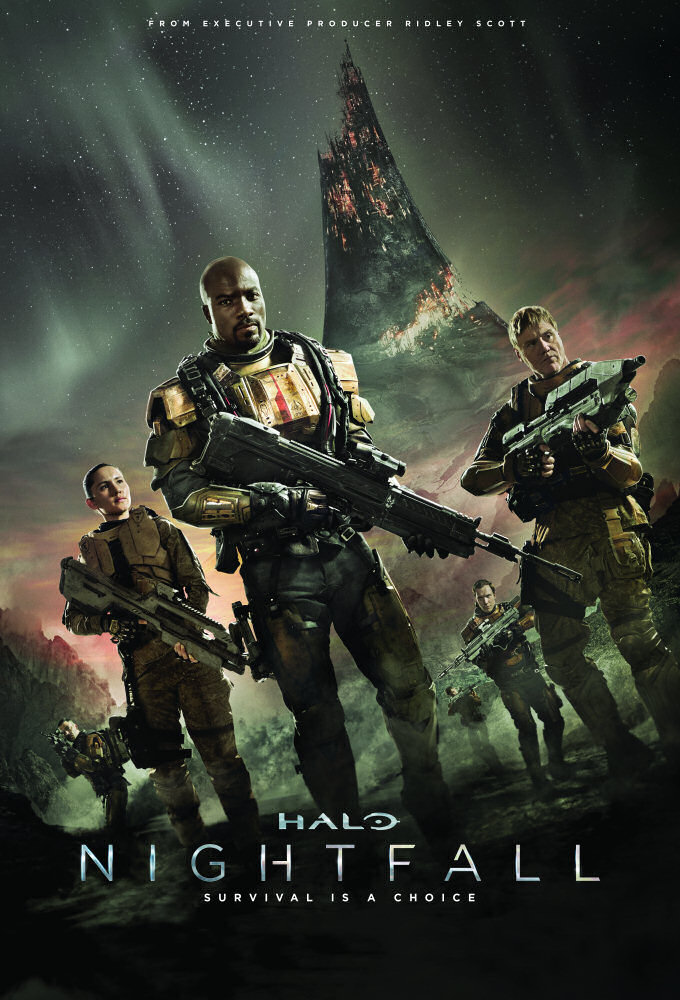 (2014)
Originaltitel: Halo: Nightfall
Release: 2014-11-11
TV-bolag: Xbox Video
Längd per avsnitt: 30 min min
Status: AVSLUTAD
Halo: Nightfall introduces a pivotal new character, Jameson Locke, a legendary manhunter and agent with the Office of Naval Intelligence (ONI), Earth’s most powerful and secretive military branch. When he and his team are caught in a horrific biological attack, they unravel a plot that draws them to an ancient, hellish artefact, where they will be forced to fight for their survival, question everything, and ultimately choose between their loyalties and their lives. Taking place... (TheTVDB)
Science-Fiction

1
SÄSONG 1

1
Its Only Just Beginning 2014-11-11
Its Only Just...
2014-11-11
When Agent Jameson Locke and his team are caught in a horrific biological terrorist attack on the distant colony world of Sedra, they must turn to an unlikely source to obtain key information on who exactly is responsible for the attack, and what it might mean for the human race.
Regisserat av:

2
Sourced From Hell 2014-11-18
Sourced From Hell
2014-11-18
The ONI troops under Commander Locke along with a detachment from the planet Sedra under Colonel Aiken are headed into danger. In the wake of a biological attack, the team departs Sedra in a Condor dropship for a treacherous battleground: a remnant of the Alpha Halo.
Regisserat av:

3
Lifeboat Rules 2014-11-25
Lifeboat Rules
2014-11-25
The tension between Agent Locke and Colonel Aiken is mounting, even as they try to retrieve the HAVOK trapped aboard their crashed ship. As the team tries to complete the mission and fight off the new threat, it could spell the end for more than one of the soldiers.
Regisserat av:

4
Gods of the Damned 2014-12-02
Gods of the Damned
2014-12-02
Locke and his ONI squad – along with Colonel Aiken and his Sedran Guard – are still trying to make it to their crashed ship. But the deadly, technology-seeking Hunter worms that inhabit this chunk of Halo ring are whittling the team down. As more team members fall victim to the Hunter worms,...