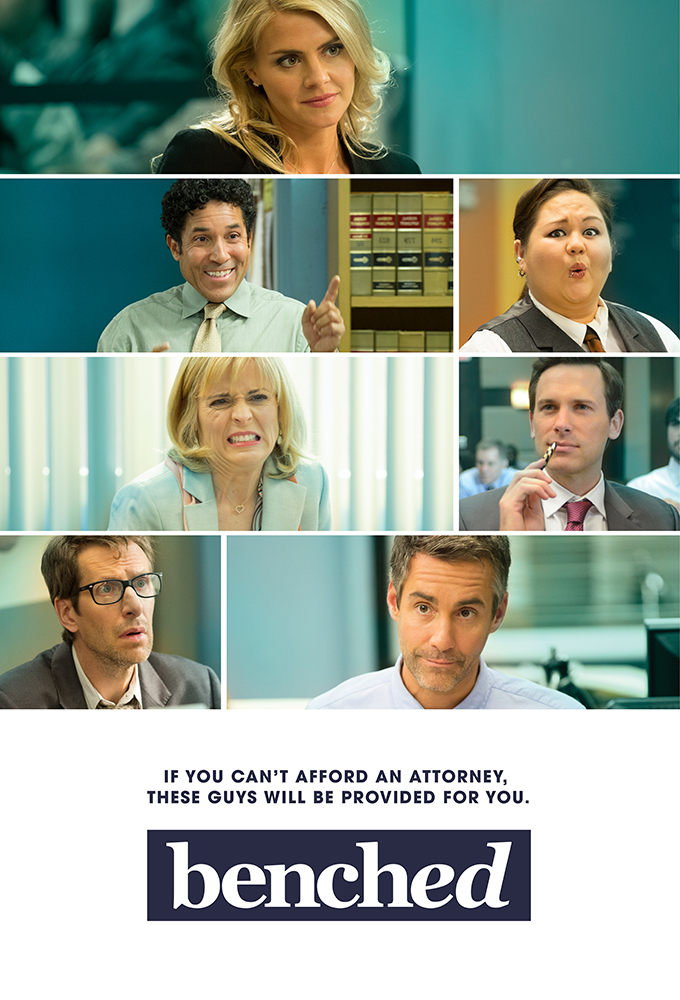 (2014)
Originaltitel: Benched
Release: 2014-10-28
TV-bolag: USA Network
Längd per avsnitt: 30 min min
Status: AVSLUTAD
A single-camera courtroom comedy that focuses on Nina, a dedicated, career-driven corporate attorney who has a very public nervous breakdown after getting passed up for an expected promotion, and finds herself working as a public defender. Her personal and professional worlds are turned upside down when she joins the ranks of the legal worlds underdogs and very quickly realizes that the law isnt quite as fair as she once thought. Ninas new colleague is Phil, a tall, dark and handsome,... (TheTVDB)
Komedi

1
SÄSONG 1

1
Pilot 2014-10-28
Pilot
2014-10-28
Corporate lawyer Nina Whitley has given up a lot in her climb to the top. However, when shes passed over for a promotion and her former fiance gets engaged to another woman, Nina has an epic meltdown.
Regisserat av:

3
Hooked & Booked 2014-11-11
Hooked & Booked
2014-11-11
Phil tricks Nina into believing that all of the public defenders voluntarily go to jail to better understand their clients. She learns what lengths shell go to be a part of the gang.
Regisserat av: