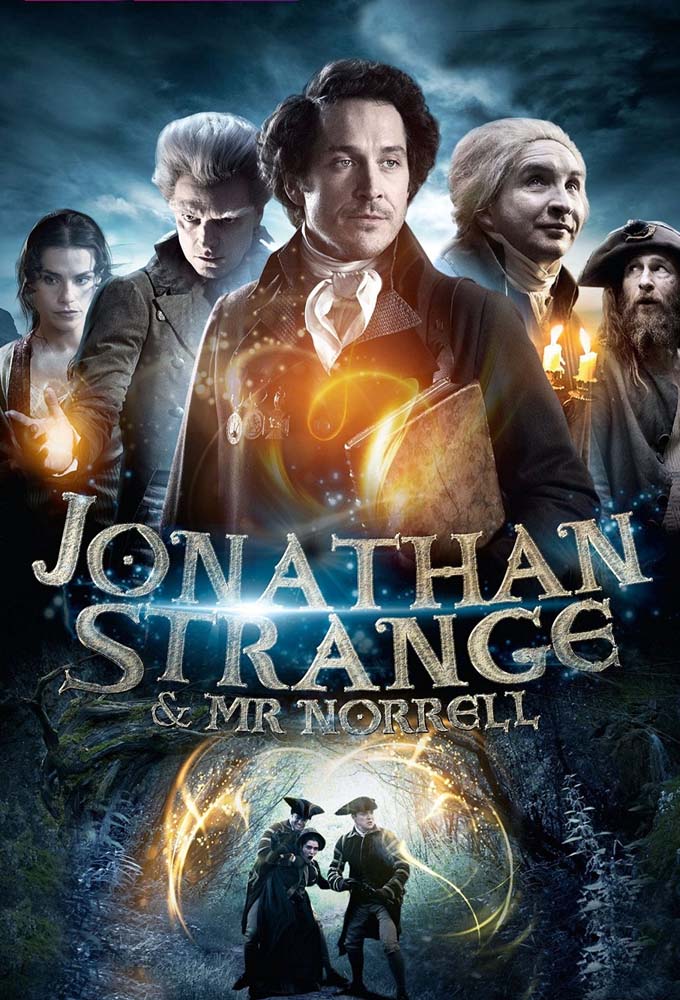 (2015)
Originaltitel: Jonathan Strange & Mr Norrell
Release: 2015-05-17
TV-bolag: BBC One
Längd per avsnitt: 60 min min
Status: AVSLUTAD
Set at the beginning of the 19th-century, England no longer believes in practical magic. The reclusive Mr Norrell of Hurtfew Abbey stuns the city of York when he causes the statues of York Cathedral to speak and move. With a little persuasion and help from his man of business Childermass, he goes to London to help the government in the war against Napoleon. It is there Norrell summons a fairy to bring Lady Pole back from the dead, opening a whole can of worms… (TheTVDB)
Drama

1
SÄSONG 1

1
The Friends of English Magic 2015-05-17
The Friends of...
2015-05-17
Mr Norrell travels to London from Yorkshire to offer the government his services as a magician. Sir Walter Pole though refuses to align himself with such a disrespectable art as magic. After Sir Walters sickly fiancée passes away, Mr Norrell makes a dangerous pact with a mysterious Gentleman to...
Regisserat av:

2
How Is Lady Pole? 2015-05-24
How Is Lady Pole?
2015-05-24
Mr Norrells magical illusions manage to baffle the French Navy and secure him the loyalty of Sir Walter Pole. Some magic he has used to revive Lady Pole has released something unnatural into Sir Walters home. Jonathan Stranges magical ability increases and he travels to London take up an...
Regisserat av:

5
Arabella 2015-06-14
Arabella
2015-06-14
Strange returns home a hero after helping to win the Battle of Waterloo, and resolves to write a book on ancient magic - to Norrells horror. Stranges hopes for the future are shattered by a tragedy in his life, and following a confrontation with Norrell, he flees the country, determined to learn...
Regisserat av:

6
The Black Tower 2015-06-21
The Black Tower
2015-06-21
Strange is determined to learn the secrets of fairy magic so he can restore Arabella. Believing madness is the key to accessing the fairy world, he seeks a way to drive himself insane. However, the Gentleman does not take kindly to the intrusion into his realm, and unleashes a terrible curse to...
Regisserat av:

7
Jonathan Strange & Mr Norrell 2015-06-28
Jonathan Strange &...
2015-06-28
England is plunged into chaos as ancient magical forces are unleashed. Norrell flees to the safety of his library, but is pursued by Strange who intends to free Arabella before the Gentlemans curse consumes him. Childermass tries to find a way to save Lady Pole, as Stephen is drawn deeper into the...
Regisserat av: