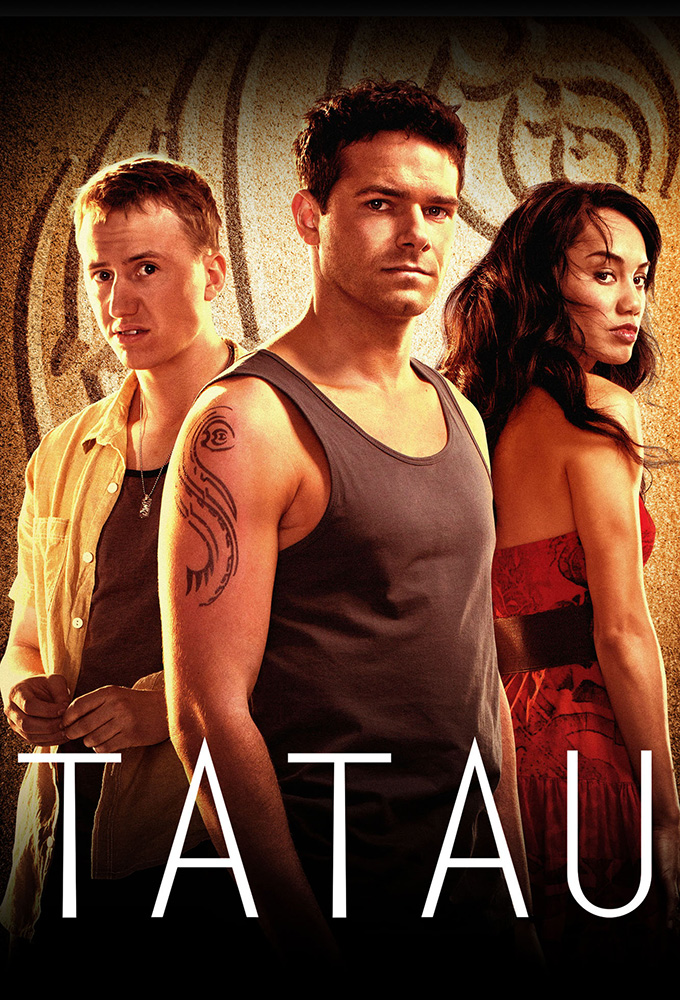 (2015)
Originaltitel: Tatau
Release: 2015-04-12
TV-bolag: BBC Three
Längd per avsnitt: 40 min min
Status: AVSLUTAD
Tatau follows Kyle and Budgie, two twenty-something friends from London that set off to travel the world. Ahead of the journey, Kyle gets a Maori-style tattoo to celebrate their eventual destination: the Cook Islands. When snorkeling in a lagoon, Kyle finds the dead body of a local girl, Aumea, tied up underwater. Returning to the lagoon with the police, Kyle finds her corpse has disappeared. But Kyle knows what he saw. Desperate to uncover what happened, Kyle and Budgie find... (TheTVDB)
Äventyr Drama Science-Fiction

1
SÄSONG 1

1
Episode 1 2015-04-12
Episode 1
2015-04-12
Kyle Connor and Paul ‘Budgie’ Griffiths are travelling around the world looking for sun, fun and adventure. They make their way to the Cook Islands and Kyle has designed and had inked on him a Maori-style tattoo. After making their way to the beautiful South Pacific island of Manutaki his...

2
Episode 2 2015-04-19
Episode 2
2015-04-19
Kyle becomes determined to find out the meaning of his discovery after having a revelation at the airport. He manages to cause trouble with a powerful Cook Island family, forcing him to take some dangerous and extreme action. A rash decision is made by Budgie.

3
Episode 3 2015-04-26
Episode 3
2015-04-26
Kyle attempts to find evidence that will prove his claims, but ends up moving towards the very fate he was hoping to get away from. Budgie’s rash decision has huger implications than he could ever have imagined.

4
Episode 4 2015-05-03
Episode 4
2015-05-03
The trouble that Kyle and Budgie have tried to leave behind them soon catches up with them. Budgie goes missing and Kyle learns how just much trouble his friend is in and turns for help from the last person he wants to which results in a devastating conclusion.