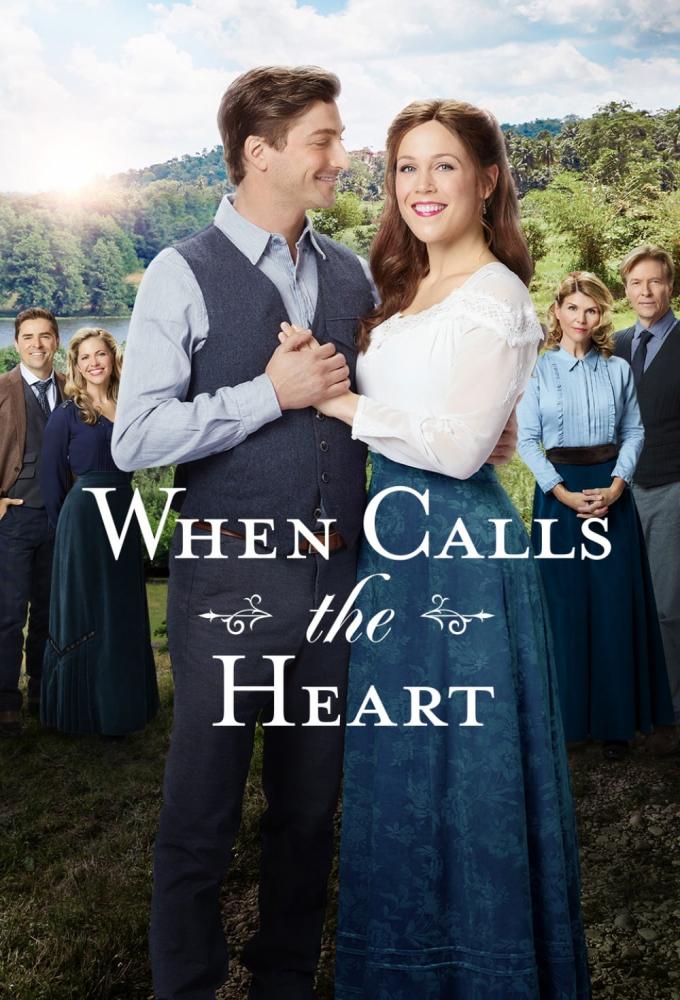 When Calls the Heart

(2014)
Originaltitel: When Calls the Heart
Release: 2014-01-11
TV-bolag: Hallmark Channel
Längd per avsnitt: 45 min min
Status: AVSLUTAD
Nästa avsnitt sänds om 6 dagar | Säsong 7, Avsnitt 7
Inspired by Janette Oke’s bestselling book series about the Canadian West, the series tells the captivating story of Elizabeth Thatcher, a young teacher accustomed to her high society life, who receives her first classroom assignment in Coal Valley, a small coal mining town where life is simple, but often fraught with challenges. Lori Loughlin plays Abigail Stanton, a wife and mother whose husband, the foreman of the mine, along with a dozen other miners, has just been killed in an... (TheTVDB)
Drama Western

5
The Dance 2014-02-08
The Dance
2014-02-08
When a group of new male miners comes to Coal Valley, many of the towns women get caught up in the prospect of the single men. Before long, Jack acts jealous when one of the men takes an interest in Elizabeth.

6
These Games 2014-02-15
These Games
2014-02-15
Elizabeth is feeling caught between overprotective Jack and new miner Billy Hamilton. When Jack tells her he has proof Billy lied to her, Elizabeth has had enough. Abigail, sensing Jacks feelings for Elizabeth go beyond his protective duties as Coal Valleys Constable, suggests Jack try a gentler...

7
Second Chances 2014-02-22
Second Chances
2014-02-22
Abigail is encouraged to re-open Coal Valleys dilapidated and abandoned cafe and make it her own after Elizabeth raves about Abigails baking. Meanwhile, Jack and Elizabeth are at odds after Elizabeths brief romance with a dishonest miner, which has left her pride hurt, and Jack accidentally insults...

8
Perils of the Soloists 2014-03-01
Perils of the...
2014-03-01
Elizabeth and Abigail emotionally move out of the row house and into the rooms above Abigail’s cafe, starting a new chapter and leaving many memories behind. Elizabeth learns that she and her students must put on the Coal Valley Founders Day play. While rehearsals begin, Jack surprises Elizabeth...

9
Change of Heart 2014-03-08
Change of Heart
2014-03-08
A determined Jack properly asks Elizabeth for a dinner date, finally making his romantic intentions clear. Elizabeth is excited, and is in for another very special surprise—an unexpected visit from her younger sister, Julie. Elizabeth hesitates to make a fuss about her date with Jack, but can’t...

10
Love Comes First 2014-03-15
Love Comes First
2014-03-15
Saying goodbye to Jack has left Elizabeth heartbroken, but she tries to stay strong in front of her class. Meanwhile, wanting to continue the investigation she started with Jack, Abigail tries to outwit Henry Gowen by stealing a file from his office that could hold the clues to the cause of the...

11
Rules of Engagement 2014-03-22
Rules of Engagement
2014-03-22
Jack is hailed a hero after putting away the Tolliver outlaws, and has decided to come back to Coal Valley for good. But his return to town — and to Elizabeth — is unexpectedly complicated by the arrival of gorgeous big-city actress. Meanwhile, Jack has asked Mountie forensic investigator and...

12
Prelude to a Kiss 2014-03-29
Prelude to a Kiss
2014-03-29
Abigail is beginning to let go of her grief and look toward the future with forensic investigator Bill Avery. Meanwhile, a hurt and confused Jack confronts Elizabeth about her new job offer back home. Visiting Circuit Judge, Jedidiah Black a legendary man who is insolent, insufferable and...