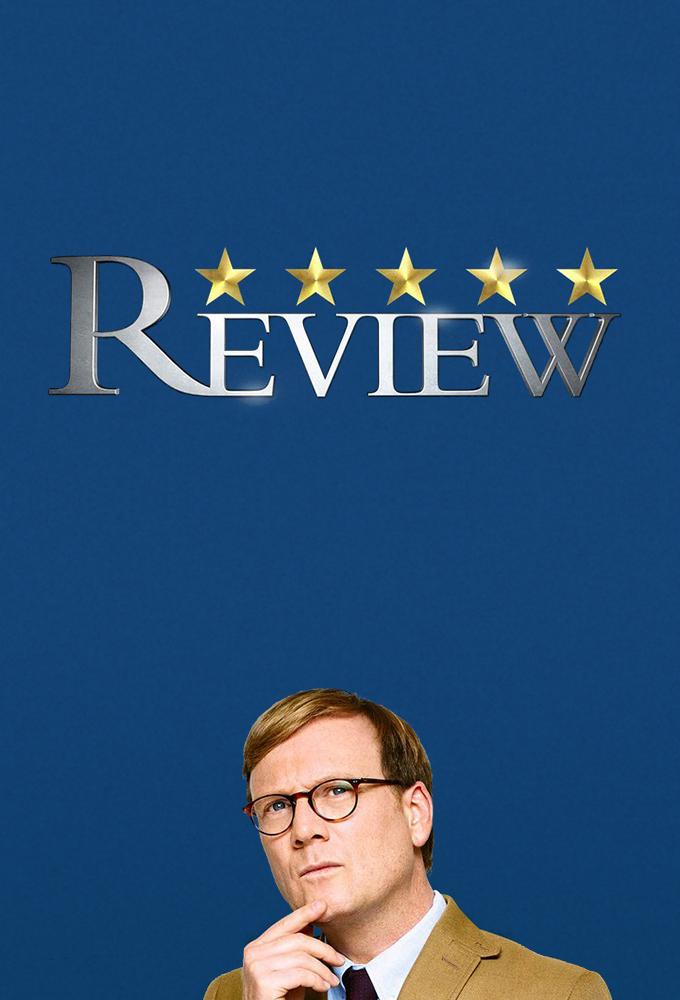 (2014)
Originaltitel: Review
Release: 2014-03-06
TV-bolag: Comedy Central
Längd per avsnitt: 30 min min
Status: AVSLUTAD
Review is a half-hour comedy starring Andy Daly as critic Forrest MacNeil, who does not review boring things like films, food or art. Instead, Forrest reviews the most intense experiences of life itself -- by living them. From the dangers of drug addiction to the joys of sleeping with a celebrity, Forrest reviews anything his TV audience throws at him. He fully commits to showing us what life experiences feel like, sometimes at the expense of his family and humanity in... (TheTVDB)
Komedi

1
2
3
SÄSONG 1

1
Stealing; Addiction; Prom 2014-03-06
Stealing;...
2014-03-06
Forrest gets carried away while reviewing theft, finds that his threshold for addiction is high except when it comes to cocaine and takes his sons babysitter to prom.
Regisserat av:

7
Revenge; Getting Rich; Aching 2014-04-17
Revenge; Getting...
2014-04-17
Forrest seeks revenge on a classmate from middle school, attends a self-actualization seminar and struggles with the meaning of an incomprehensible request.