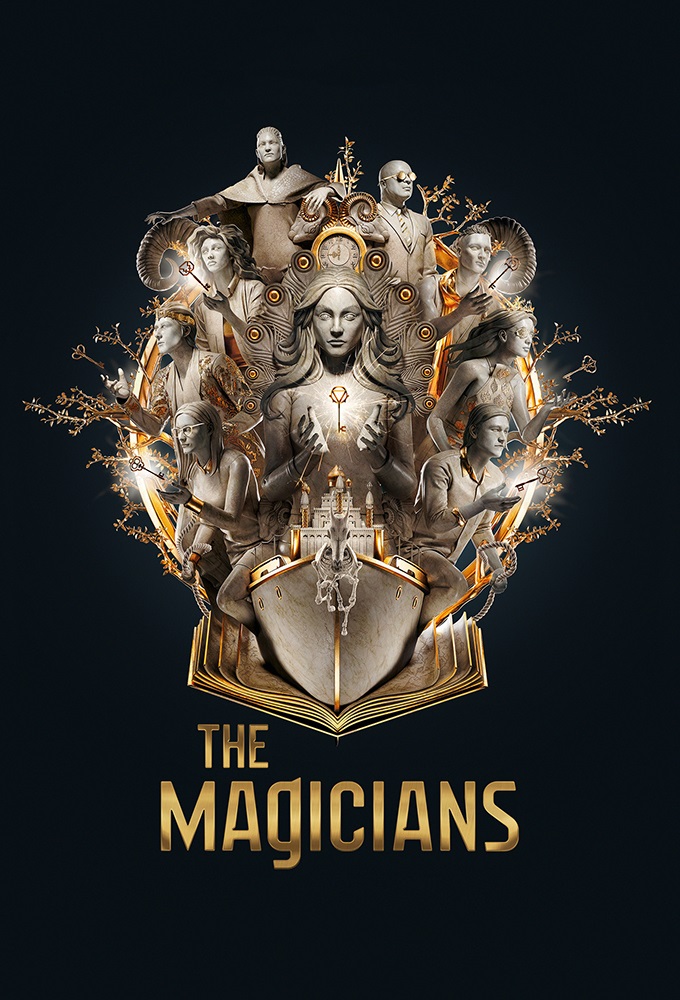 3
Consequences of Advanced Spellcasting 2016-02-01
Consequences of...
2016-02-01
Alice ends up risking everything to discover the truth behind her brothers disappearance. Quentin and Julia are involved in a volatile reunion.
Regisserat av:

4
The World in the Walls 2016-02-08
The World in the...
2016-02-08
Quentin panics when he wakes up in a mental hospital. Meanwhile, upset over her fight with Quentin, Julia commits herself to learning more powerful spells.
Regisserat av:

6
Impractical Applications 2016-02-22
Impractical...
2016-02-22
The first-year students face something called The Trials, a series of unconventional and emotional tests, which result in expulsion from Brakebills for those who fail.
Regisserat av:

7
The Mayakovsky Circumstances 2016-02-29
The Mayakovsky...
2016-02-29
An uncompromising professor pushes boundaries both in magic and in the personal lives of his first-year students. Meanwhile, Julia must decide whether shes ready to accept help and what that means for her future as a Magician.
Regisserat av:

8
The Strangled Heart 2016-03-07
The Strangled Heart
2016-03-07
Brakebills is thrown into chaos when Penny is violently attacked by someone who was considered a friend; at the same time, Quentin tries to find a connection to the Beast; and Julia considers giving up magic for good after entering a rehab facility.
Regisserat av:

9
The Writing Room 2016-03-14
The Writing Room
2016-03-14
When Alice and Quentin learn that Penny read the 6th Fillory novel, they make him tell the story. And its a doozy. Quentin, Alice, Eliot, and Penny travel to England in search of a missing magic button. Julia searches for real meaning in her magic.
Regisserat av:

10
Homecoming 2016-03-21
Homecoming
2016-03-21
Penny travels to the world of The Neitherlands, and Quentin and Alice work together to save him; Julia joins an eclectic group of magicians.
Regisserat av:

11
Remedial Battle Magic 2016-03-28
Remedial Battle...
2016-03-28
Quentin and the others learn battle magic as they prepare for a showdown in Fillory. But this challenge leads to building frustrations...pushing some apart and others together. Julia and Kady take on a mission with the Free Traders that may push them too far.
Regisserat av: