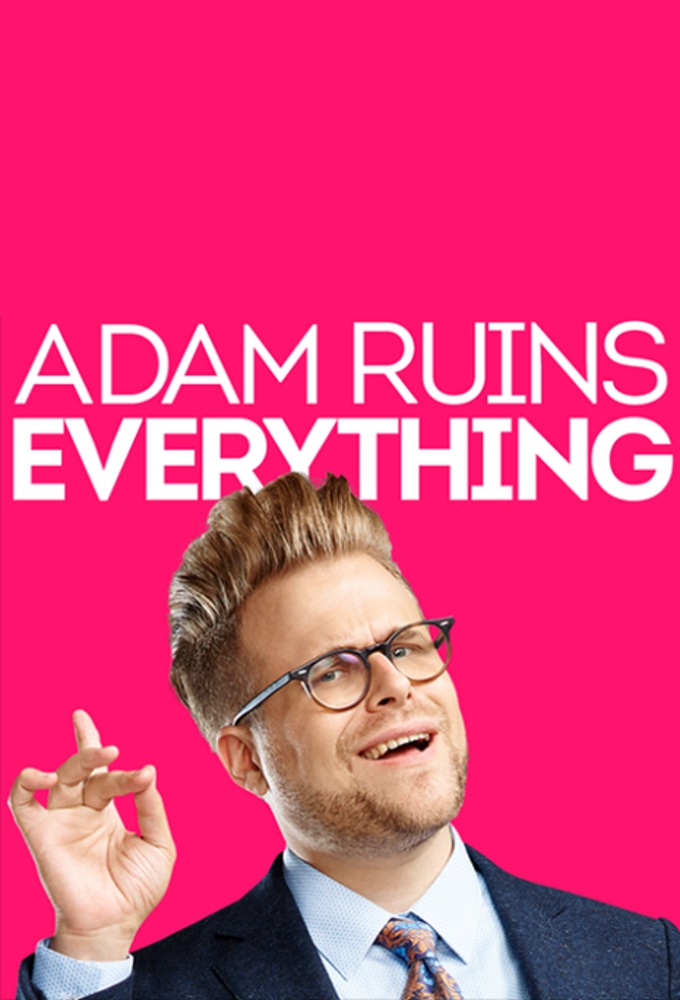 4
Adam Ruins Forensic Science 2015-10-20
Adam Ruins Forensic...
2015-10-20
Adam uncovers the scary truth behind unreliable methods that are commonly used to build evidence in criminal cases. He explains why polygraph machines are pseudoscientific hokum, demonstrates why your memories cannot be trusted, and exposes the flaws of forensic sciences like fingerprinting, hair...

5
Adam Ruins Restaurants 2015-10-27
Adam Ruins...
2015-10-27
Adam explains why tipping is a custom worth ditching, shows that experts cant tell the difference between wines, and reveals that mislabeled seafood is rampant in the industry.

15
Adam Ruins Weddings 2016-09-06
Adam Ruins Weddings
2016-09-06
Emily and Murphs wedding day is here - but Adams gift of information may rain on their parade. Adam reveals how most wedding traditions were recently created by consumerism, and that divorce is actually a wonderful thing.

21
Adam Ruins Prison 2016-11-22
Adam Ruins Prison
2016-11-22
When Emily gets tossed in the slammer, her cellmate reveals that corporations make money off prison inmates while the system does nothing to reduce crime. Adam then sheds light on jail rehabilitation and solitary confinement.

23
Adam Ruins The Internet 2016-12-06
Adam Ruins The...
2016-12-06
While on a magical technological journey, Adam shows that smartphones are not the society-killers youd think they are, American cable service providers are basically cartels, and most free sites are actually very costly.

24
Adam Ruins Justice 2016-12-13
Adam Ruins Justice
2016-12-13
After getting Emily out of prison, Adam and his sister Rhea take on the justice system; shining a spotlight on the infamous McDonalds hot coffee lawsuit and the substantial problems with the jury duty system.

25
Adam Ruins Christmas 2016-12-20
Adam Ruins Christmas
2016-12-20
Ho ho...huh?! Adam teaches his sister that the real St. Nick story is a lot creepier than she thought, and modern Santa was created by commercialism only a century ago. Adam also reveals how gift-giving actually hurts the economy.