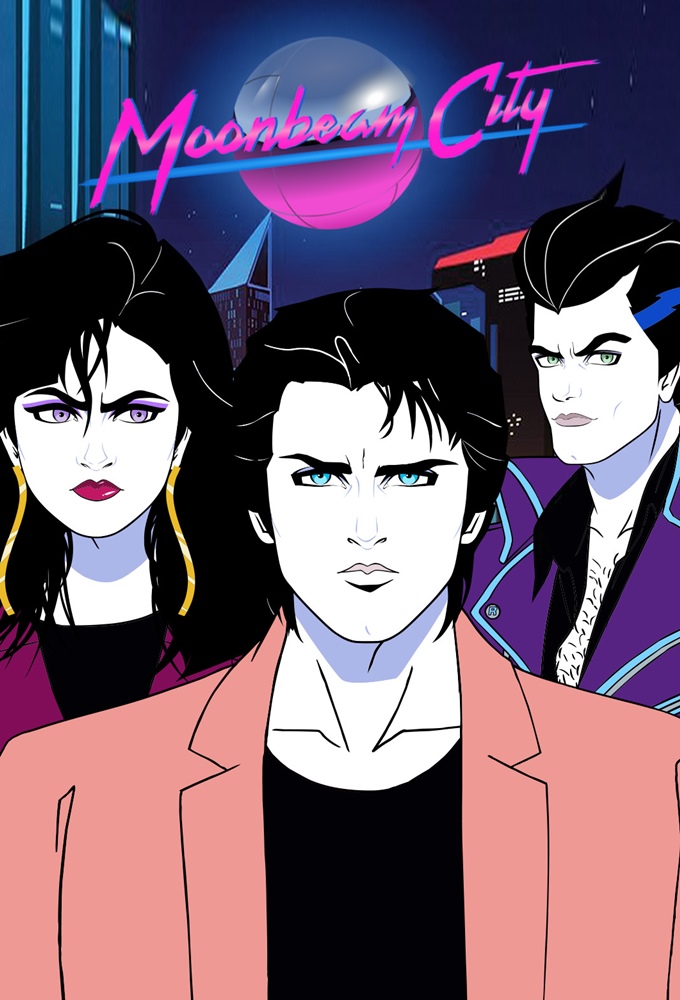 (2015)
Originaltitel: Moonbeam City
Skapad av:
Release: 2015-09-16
TV-bolag: Comedy Central (US)
Längd per avsnitt: 25 min min
Status: AVSLUTAD
“Moonbeam City” is an absurdist take on the gritty, sex-drenched crime dramas from the 1980s. The series follows undercover detective “Dazzle Novak” (voiced by Lowe), a handsome idiot who commits more crimes than most criminals. His tyrannical chief, “Pizzaz Miller” (Banks), wont get off his back, and hotshot rookie “Rad Cunningham” (Forte) is dying to see him fail. With the world against him, “Dazzle” is thrust into a living nightmare: having to do actual police... (TheTVDB)
Animerat Komedi

1
SÄSONG 1

1
Mall Hath No Fury 2015-09-16
Mall Hath No Fury
2015-09-16
A dangerous crime lord is terrorizing Moonbeam City, but handsome idiot detective Dazzle Novak is more concerned with getting his #1 Cop mug back from his rival, Rad Cunningham, than with cracking the case.
Regisserat av:

2
Lights! Camera! Reenaction! 2015-09-23
Lights! Camera!...
2015-09-23
When Dazzle is approached by true-crime show Crimezappers about reenacting one of his arrests, he insists on directing the episode, but the hyper-expensive shoot quickly spirals out of control.
Regisserat av:

3
The Strike Visualizer Strikes Again 2015-09-30
The Strike...
2015-09-30
Chrysalis leads a task force to catch a mysterious serial killer, and Dazzle is torn when his favorite artist becomes the prime suspect.
Regisserat av:

9
The Legend of Circuit Lake 2015-12-02
The Legend of...
2015-12-02
Rad gets lost in the virtual world of the Moonbeam Police Departments records room and Dazzle is imprisoned for his murder; Dazzle forms an odd relationship with the prisons artificially intelligent security system.
Regisserat av: