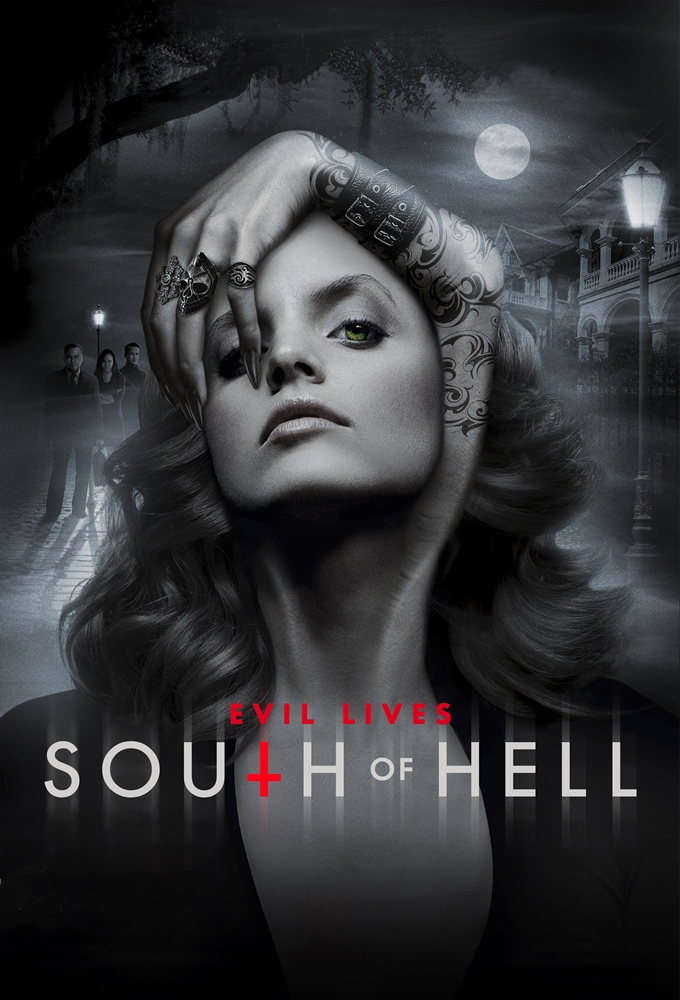 (2015)
Originaltitel: South of Hell
Skapad av:
Release: 2015-11-27
TV-bolag: WE tv
Längd per avsnitt: 60 min min
Status: AVSLUTAD
A supernatural thriller set in South Carolina, South Of Hell focuses on Maria Abascal (Suvari), a stunning demon-hunter-for-hire whose power stems from within. Like those she hunts, Maria is divided within herself, struggling with her own demon, Abigail, who resides inside of her, feeding on the evil Maria exorcises from others. Maria and Abigail share a soul and a destiny, but as Maria desperately tries to overtake Abigail, she will discover how far Abigail will go to remain a part... (TheTVDB)
Skräck Mysterium Thriller

2
Jury and Fury 2015-11-27
Jury and Fury
2015-11-27
Maria enlists Bledsoe’s help to destroy a demon and free David from jail. Grace adjusts to life after possession, and Abigail grows stronger.

4
White Noise 2015-11-27
White Noise
2015-11-27
Tensions rise as the Society of Sons targets David and Grace; Maria faces a mad demon that Abigail is helpless against; Bledsoes past comes back to haunt him; and Grace discovers a mysterious power.

5
The One That Got Away 2015-11-27
The One That Got...
2015-11-27
A demonic lover makes Abigail an indecent proposal as Maria and Dusty grow closer; and the Reverend forbids his daughter from seeing David. Meanwhile, Grace searches for the truth about her mother.

7
Take Life Now 2015-11-27
Take Life Now
2015-11-27
In the Season 1 finale, Enos pits Maria and David against each other as the ultimate showdown pulls them back to where the nightmare began; Abigail makes a dangerous deal; and the Reverend fights for Graces life.