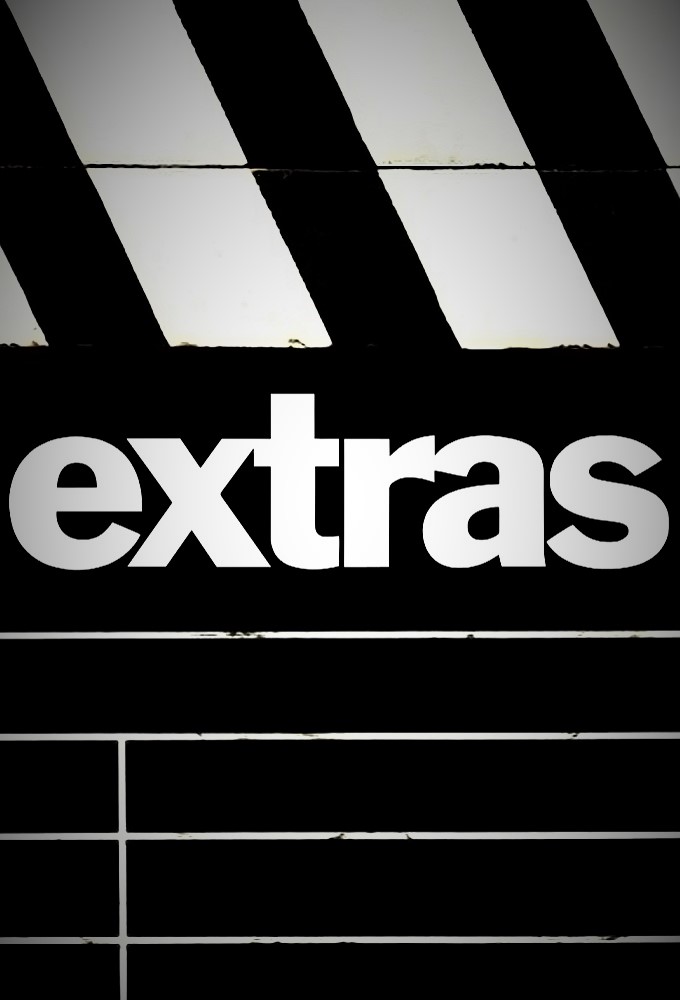 (2005)
Originaltitel: Extras
Release: 2005-07-21
TV-bolag: BBC Two
Längd per avsnitt: 30 min min
Status: AVSLUTAD
Andy Millman has given up his day job to be an actor, but finds he just can't land the big parts. In fact, he's never even had a speaking role, so spends much of his time hanging around on set with fellow extra and best friend, Maggie Jacobs. Andy envies the A-list stars, but never misses an opportunity to ingratiate himself with them, hoping it will lead to that first elusive line of dialogue. Extras is a comedy series from creators and writers of hit BBC comedy The Office (2001):... (TheTVDB)
Komedi

SPECIAL
1
2
SÄSONG 1

1
Ben Stiller 2005-07-21
Ben Stiller
2005-07-21
Andy and Maggie are playing extras in the film Ben Stiller is directing, which is based on the life of Goran, an Eastern European man whose wife and son were killed in the Balkans War. Andy attempts to get a speaking part by befriending Goran, who eventually gets Andy a spoken line. However, Andy...
Regisserat av:

2
Ross Kemp and Vinnie Jones 2005-07-28
Ross Kemp and...
2005-07-28
Andy is working on a television period drama starring Ross Kemp. Andys rival, Greg, is working on a film with Kemps rival, footballer Vinnie Jones, in the adjacent studio building. Kemp claims he has had SAS training and tells Andy that he is more of a hard man than Jones. Millman then relays this...
Regisserat av:

4
Les Dennis 2005-08-11
Les Dennis
2005-08-11
Andy gets a break when he lands the part of the Genie in Aladdin alongside, Les Dennis. Andy soon finds himself in a dilemma when he sees Les young fiancé in a compromising position with a stage hand. Andy decides to tell (a naked) Les what he has seen.
Regisserat av:

5
Samuel L. Jackson 2005-08-18
Samuel L. Jackson
2005-08-18
Andy is trying to avoid a fellow extra who is dull. When the extra helps to get Andy a line of dialogue, Andy mentions he owes him one. The extra suggests that they should go out for a meal to return the favour. Meanwhile, Maggie is going out of her way to show she isnt racist, whilst on a date...
Regisserat av: