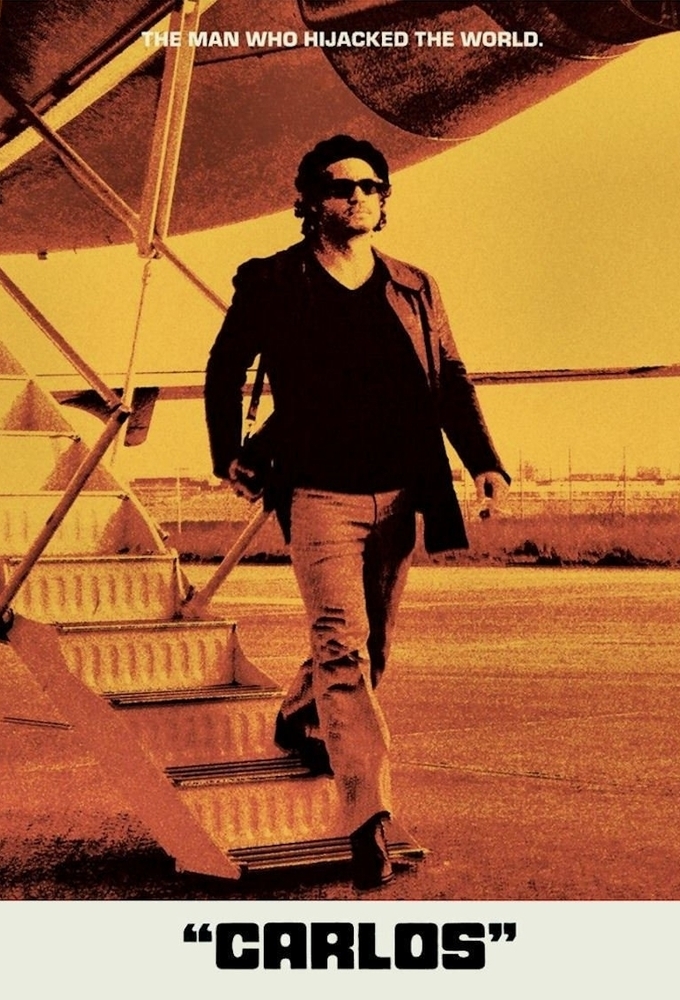 (2010)
Originaltitel: Carlos
Skapad av:
Release: 2010-05-19
TV-bolag: Canal+
Längd per avsnitt: 110 min min
Status: AVSLUTAD
CARLOS tells the story of Ilich Ramirez Sanchez, who was one of the most wanted terrorists in the world for two decades. Between 1974, when he attempted to kill a British businessman, and 1994, when he was arrested in Khartoum, he lived several lives under many names and went through all the political complexities of his era. Who was Carlos? How were his identities interrelated and superimposed? What did they revolve around? And who was he before he threw himself heart and soul into... (TheTVDB)
Crime Drama Thriller

SPECIAL
1
SÄSONG 1

1
Part I 2010-05-19
Part I
2010-05-19
Ilich Ramírez Sánchez, a Venezuelan-born militant who fought with the Palestinians in Jordan, commits a series of bombings in London. He then moves to Paris, where the PFLP (Popular Front for the Liberation of Palestine) has assigned responsibility and command of its European branch to Michel...
Regisserat av:

2
Part II 2010-05-25
Part II
2010-05-25
Heading up a group of six militants, consisting of leftist Revolutionary Cells of both German and Palestinian militants, Carlos takes over the OPEC building, holding hostage the ministers and their accompanying delegations. Although the terrorist is at the peak of his media fame, by releasing the...
Regisserat av:

3
Part III 2010-06-02
Part III
2010-06-02
Carlos group, based in Budapest and protected by Syria, establishes ties with different customers interested in their particular expertise, such as Ceausescus Romania and Libya. Carlos makes a fortune trafficking weapons and appears as a major figure in European terrorism. However, the fall of the...
Regisserat av: