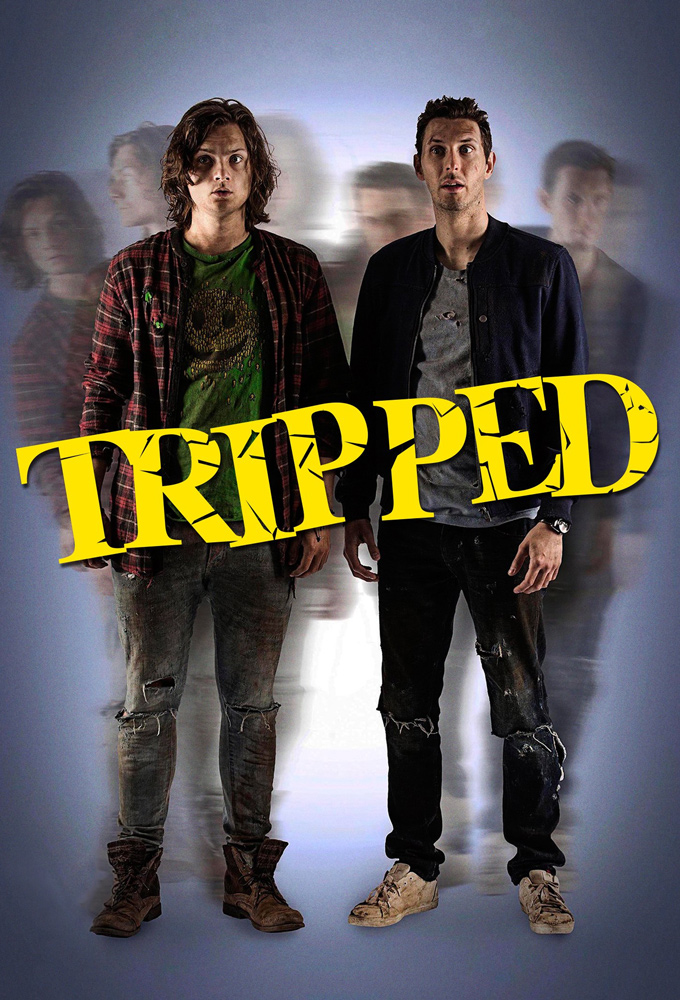 (2015)
Originaltitel: Tripped
Skapad av:
Release: 2015-12-08
TV-bolag: E4
Längd per avsnitt: 35 min min
Status: AVSLUTAD
Danny is an average 24-year-old who has been friends with stoner Milo since they were kids. But then Danny decides it’s time to grow up, settle down and marry long-term girlfriend Kate, whereas Milo continues to focus on getting high. One night Milo takes a particularly strong batch of hallucinogens, and Danny appears in his living room - except the real Danny’s at his engagement party, and the real Danny doesn’t normally carry a sword! This Danny claims to come from another... (TheTVDB)
Komedi

1
SÄSONG 1

1
Episode 1 2015-12-08
Episode 1
2015-12-08
Milo consumes a bag of magic mushrooms in the toilet and bids Danny farewell forever. Suddenly a man with a massive sword materialises in mid-air above his coffee table - its Danny, but a different Danny in armour and with a beard.
Regisserat av:

4
Episode 4 2015-12-29
Episode 4
2015-12-29
Milo is separated from Danny and stranded in a desperate and violent world where the universe is disintegrating fast.
Regisserat av: