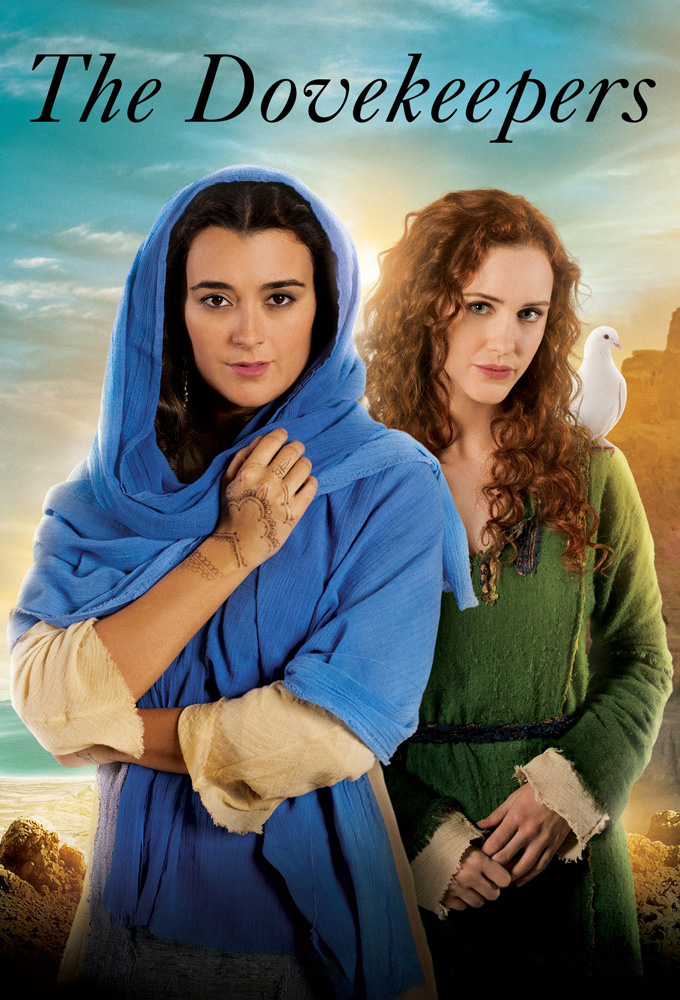 (2015)
Originaltitel: The Dovekeepers
Skapad av:
Release: 2015-03-31
TV-bolag: CBS
Längd per avsnitt: 120 min min
Status: AVSLUTAD
Based in Alice Hoffmans historical novel about the Siege of Masada, the miniseries focuses on four extraordinary women whose lives intersect in a fight for survival at the siege of Masada. Set in ancient Israel, THE DOVEKEEPERS is based on the true events at Masada in 70 C.E. After being forced out of their home in Jerusalem by the Romans, 900 Jews were ensconced in a fortress at Masada, a mountain in the Judean desert. Besieged at Masada, the Jews held out for months against the... (TheTVDB)
Drama Miniserie

1
SÄSONG 1

1
Part One 2015-03-31
Part One
2015-03-31
Enslaved by Romans, Shirah and Yael are forced to share the truth about Masada with historian Flavius Josephus, and begin their tale by revealing the events that led up to the 10th Roman Legion nearing Masada, where Jewish warriors stood ready.
Regisserat av:

2
Part Two 2015-04-01
Part Two
2015-04-01
Still held captive, Shirah and Yael continue to share the truth about Masada with Flavius Josephus, picking up from where they left off, as the Jewish soldiers began to unravel while Roman forces planned how they would invade the mountain fortress.
Regisserat av: