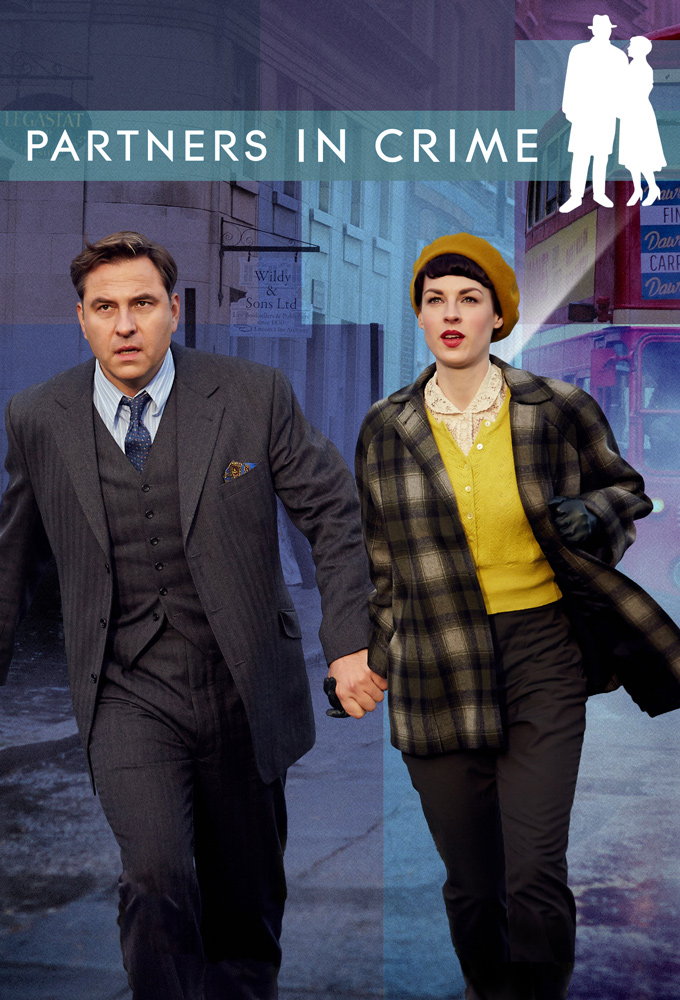 (2015)
Originaltitel: Partners in Crime
Skapad av:
Release: 2015-07-26
TV-bolag: BBC One
Längd per avsnitt: 60 min min
Status: AVSLUTAD
Partners In Crime is an adventure series with espionage and humour at its heart. Set in a 1950s Britain rising from the ashes of the Blitz into the grip of a new Cold War, our beekeeping duo stumble into a world of murder, undercover agents and cold war conspiracy. Tuppence is a woman who sees adventure round every corner, throwing herself head first into every mystery with passion and fervour, determined to get to the truth no matter what it takes, much to the dismay of her more... (TheTVDB)
Action Crime Drama Mysterium Thriller

2
The Secret Adversary (2) 2015-08-02
The Secret...
2015-08-02
Tommy and Tuppences search for the missing Jane Finn gets more dangerous. Tommy finds himself being mistaken for a criminal mastermind whilst Tuppence is employed as a maid to faded soprano Rita Vandemeyer, who has some suspicious connections to Brown. The couple find their investigations getting...
Regisserat av: