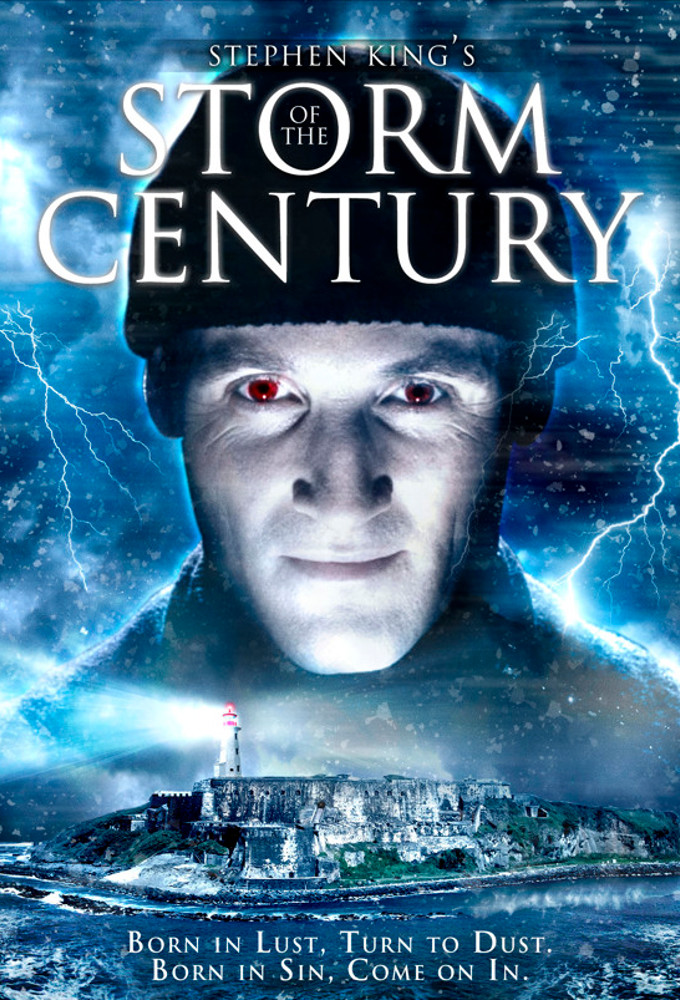 Storm of the Century

(1999)
Originaltitel: Storm of the Century
Skapad av:
Release: 1999-02-14
TV-bolag: ABC (US)
Längd per avsnitt: 240 min min
Status: AVSLUTAD
A small village off the mainland is about to receive a huge winter storm. It wont be just another storm for them. A strange visitor named Andre Linoge comes to the small village and gives the residents havoc. He knows everything about them, and when he tells the truth about one of them, that person denies it. The town constable, Mike Anderson, tries to keep everyone in check with the huge storm and Linoge. Linoge keeps telling the people, Give me what I want and I will go away (TheTVDB)
Miniserie Science-Fiction Fantasy

1
SÄSONG 1

1
Part 1 1999-02-14
Part 1
1999-02-14
A very powerful blizzard hits the fictional small town of Little Tall Island (also the setting of Kings novel Dolores Claiborne) off the coast of Maine. This storm is so powerful that all access off the island is blocked, and no one is able to leave the island, until the storm is over. While trying...
Regisserat av:

2
Part 2 1999-02-15
Part 2
1999-02-15
In a dream, the townspeople see themselves walking into the sea two-by-two with the word Croatoan (a reference to the colony of Roanoke) carved on their heads. Eventually, Mike finds out that Linoge is an anagram of the demon Legion and agrees to organize the townspeople so they can hear his...
Regisserat av:

3
Part 3 1999-02-16
Part 3
1999-02-16
What Linoge desires is an heir, one of the eight small children that he had incapacitated early on in the miniseries — someone to carry on his work when he can no longer do it himself, although Linoges life spans millennia, he is not immortal. Any of the eight children, he states, will suit him.
Regisserat av: